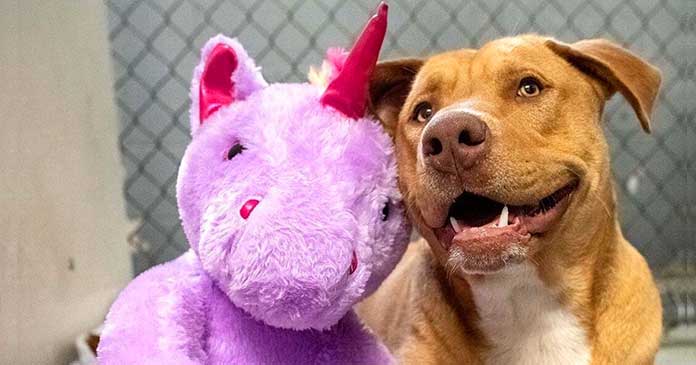 Most of the dogs have a favorite toy. They would like to play with it and it is very precious to them. These toys give them the comfort that they need. We used to pamper them with these types of gifts.

But all dogs are not blessed with this thing. If we talk about stray dogs, they don’t have any toys to play with. But they too love the toys. Here is an incident where a stray dog falls in love with a stuffed unicorn and he wanted to have it at any cost.

One day Duplin County Animal Control received a call from a Dollar General store in Kenansville, North Carolina. The call was very strange as it was about a very unusual shoplifting case. The stray dog was entering secretly their store again and again and taking away the same purple unicorn. 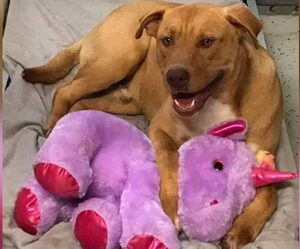 The dog had stolen the same toy five times before, it shows the dog was very much smitten by the unicorn. This time the animal services were called. The supervisor at Duplin County Animal Services told that the dog had gone to the same unicorn every time.

But the officer named Samantha Lane who came to pick the dog actually bought the same unicorn for the dog by paying $10. It was a sweet gesture on the part of the officer who was known for her kindhearted acts. For the poor dog, that unicorn was his world and he had nothing else in this world.

The dog was named Sisu and he was put up for adoption now. As he waited for his adoption, he used to find comfort in his stuffed friend. It is suspected that earlier he might have had a home that’s why he was bent on having a toy.

At last, he got a new home. Animal Services announced that the dog had been adopted. He got the happy ending he deserved.