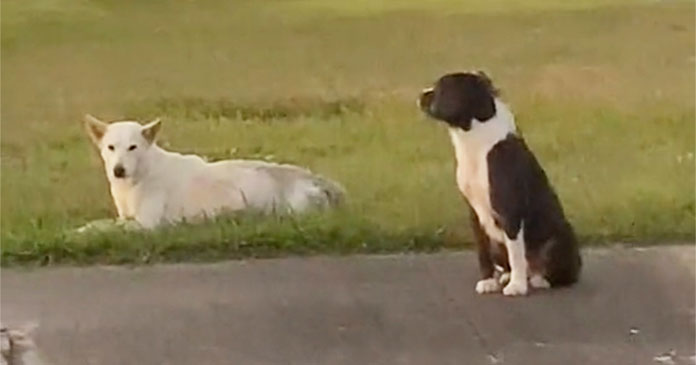 Dogs are very loyal and protective. They will come forward to help their friends and loved ones if they sense something is wrong. So here was one stray dog which was found protecting his injured friend.

Thankfully both of them were rescued later. A woman named Betty Walter from Houston, Texas got information from a friend that a dog had been hit by a car.

At that time, she was at work and called an SPCA ambulance. But no one reached to help the dog, so Walter decided to pick the dog herself. She was thinking that the dog might be alone but as she reached there, she saw a fellow stray dog guarding his friend. 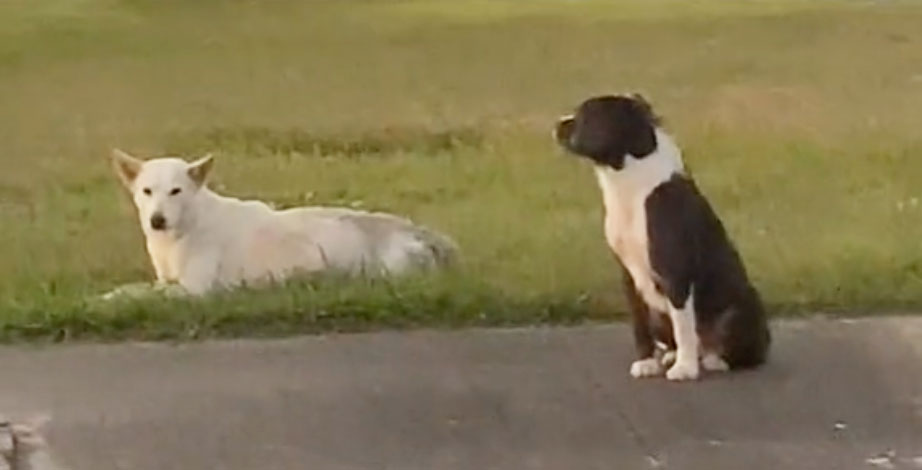 The stray dog was protecting his injured dog by keeping away other dogs. He was not ready to trust any human also.  Walter said that as she got out of the car to look at her, the dog ran towards her and she had to assure him that she came to help them.

The injured dog had a broken pelvis and she had to undergo surgery but now she is recovering well. Allen was there with her and when she was able to walk around again, the two friends played in the yard. Though both the dogs are inseparable, yet it is having the problem of adoption. No one is ready to adopt two dogs at once. 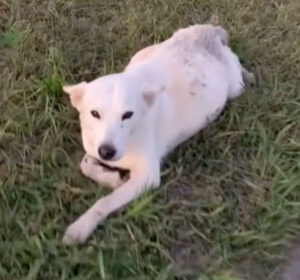 Walter herself was unable to adopt the dogs as she had her house full of dogs. Still, Betty is recovering so they have some more time before they would be put up for adoption. We hope that both of them would be adopted by a loving home where they would be together forever.