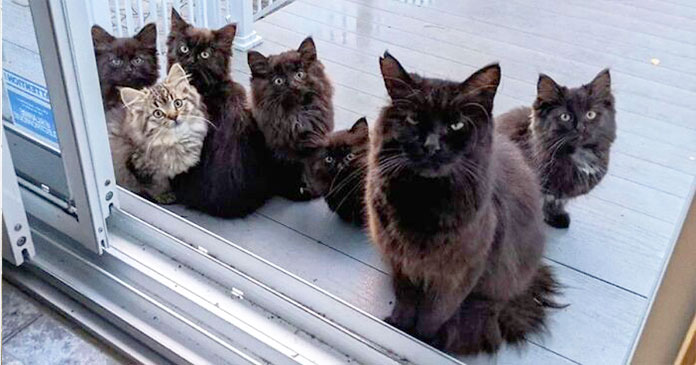 Kindness never goes unrewarded. It is rewarded one way or the other. We should be kind to animals no matter what.

Here is a cute story of a woman named Lisianne who lives in Quebec, Canada. One day, as she was enjoying a sunny day in her backyard something, caught her eyes. She went closer to the bushes and realized that there was a fluffy cat sitting and staring at her. 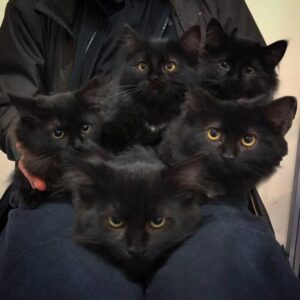 After that, she always made it a point to leave water and food on the porch for the stray visitor. The cat was named Usagi and they became very close with the passage of time.

Every day the lady used to leave food and water for the cat. With this routine, the lady gained confidence and the kitty became very close to her. 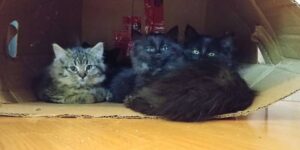 Soon Lisianne realized that the cat’s belly was getting bigger and it was not due to food. As she was pregnant, the woman became, even more, caring for the cat. The cat gave birth and after that also she came every day to eat.

The cat was very comfortable with the woman so one day she decided to bring her litter there to meet the woman who was so kind to her. Lisanne was surprised to find the tiny visitors at her porch one morning.

There were six kittens and they were around six weeks old. All of them were in good shape and the woman decided to help them. 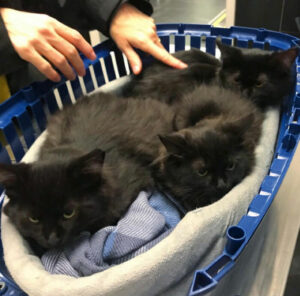 Usagi was provided forever home by Lisianne and a friend of her adopted one of the kittens. The rest of the kittens is still waiting at the Chatons Orphelins Montreal to get adopted. There were three females and two males.

The story is very touching. The kind woman won the heart of the cat and also the kittens.