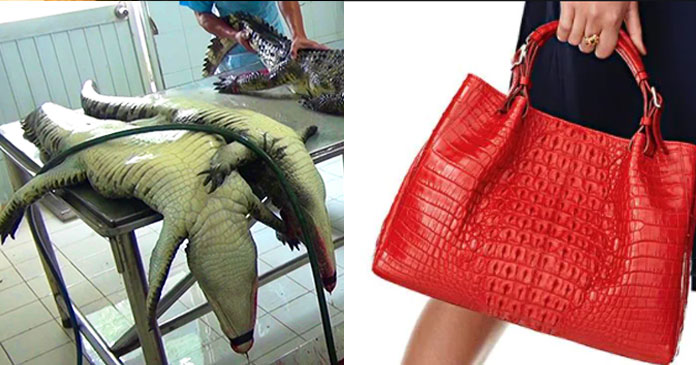 Animal rights activist has been showing their anger against the use crocodile skins by the world-famous fashion brand Louis Vuitton.

PETA has exposed the sufferings and cruel, painful death of crocodile in Vietnam to make these luxurious bags. They even exposed the brutal conditions of the crocodiles in these farms.

Already PETA has exposed the sufferings of the reptiles in the U. S and African farms. Now the video has surfaced showing the horrific reality of tens of thousands of crocodiles in Vietnam and brutally killed to make the leather bags.

The two farms which were investigated supply crocodile skins to Louis Vuitton’s parent company LVMH and some other big brands.

This killing method is long been criticized as being very savage. The experts feel that crocodiles remain conscious for an hour after their blood vessels are cut and the spinal cord is severed. So this method of killing should be stopped.