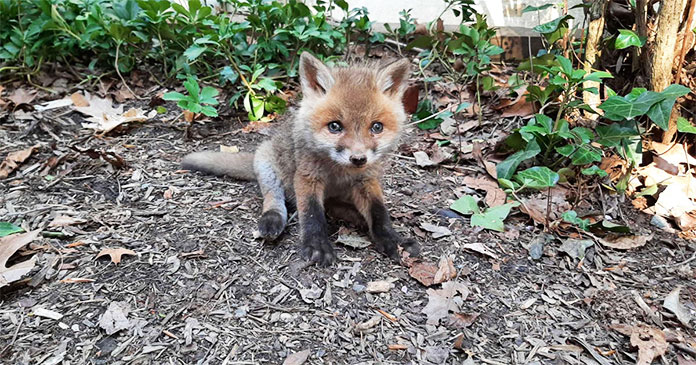 Sometimes babies just lost their ways and then they get panicked. The same thing happened with this tiny baby fox who was found in a garden of a home.

As he was separated from his mother, the baby was crying and sad. Fortunately, the baby was rescued and also reunited with the mother, thus bringing a happy ending to the story.

A family in Virginia saw a baby fox in their backyard and they soon realized that something was wrong as the baby was alone. As the baby was crying, they called the Animal Welfare League of Arlington and asked for help.

The Animal Welfare wrote that they got a call from a local homeowner that they heard a tiny cry coming from the garden and found that the baby fox was alone and crying for the mother. 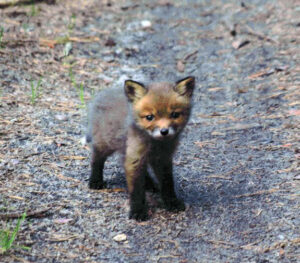 Immediately, Sgt. Ballena and Officer Elpers arrived at the scenes. They inspected the baby fox and were happy to see that the baby was in a good shape.

The baby was alert, hydrated, and had a full belly. The baby foxes are unable to survive without their mothers so the rescuers thought of reuniting the baby with his mother.

They were sure that the mother might be there. So they came up with the solution. They placed the baby inside a basket and kept it in such a way that the baby would be easily found by the mother. They kept the basket at the same place where the baby was found. 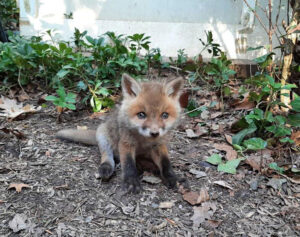