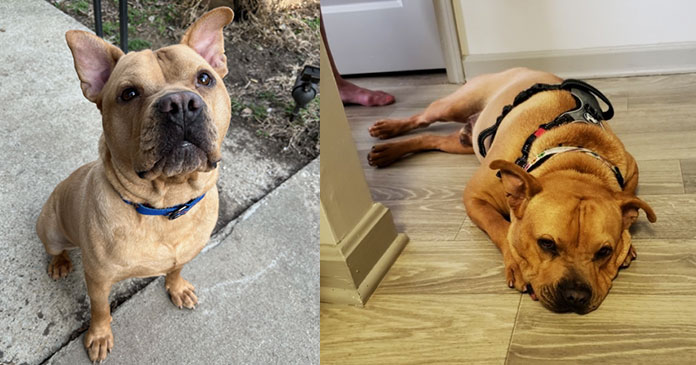 Shelter dogs want to get adopted. They wanted a forever family we will love them immensely. They are waiting for the day when they will get adopted. For some dogs, that day arrives earlier than others. Some dogs have to wait a lot for that.

For this dog which was waiting for the adopters to come and adopt him, it turned out to be very disappointing when the adopters did not turn up to meet him. The shelter still feels that they would be able to find a forever home for the dog. 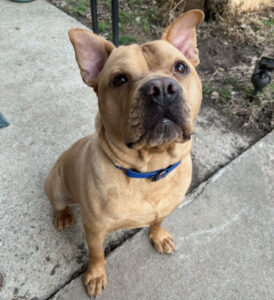 The name of the dog is Hendrix which is a 4-year-old Chinese Shar-Pei/Staffordshire Bull Terrier mix. The dog is the longest resident of the Kentucky Humane Society. The shelter took the dog in last April and so far the dog was not able to find a home. While the other dogs were adopted his wait is a little longer.

KHS has been trying a lot to find a home for this chubby dog. According to KHS, the dog has the smile of the champion, the cuddling skills of a clingy parent, the house training abilities of an honor roll student, and above all the boy has heart. KHS thought that they had finally found a home for Hendrix and even they prepared Hendrix to meet the adopters.

But it turned out to be another disappointment and setback for the dog. The dog was very much excited to meet his new family and he got all dressed up. But the shocker came when the family did not even come to see him. KHS wrote that they themselves were very much disappointed to see that their boy was so sad. 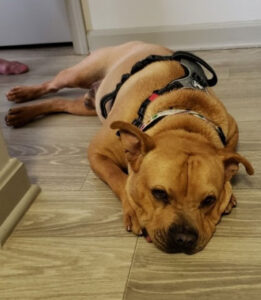 They even shared the heartbreaking photo of the dog who was seen lying on the floor looking very disappointed.
The photo went viral and people were touched by the photo and they wrote comments giving encouragement to the dog. We really hope that Hendrix gets a forever home.