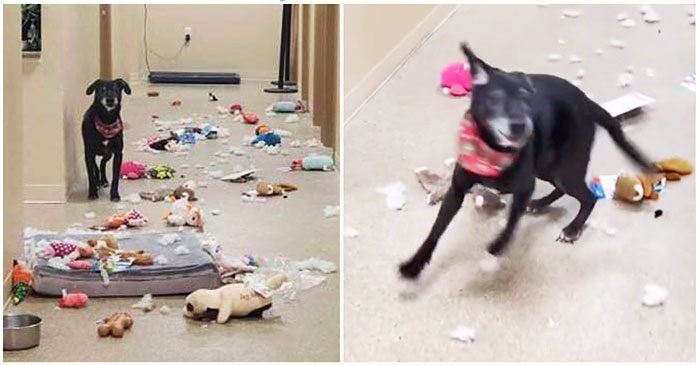 Shelter dogs spend solitary life as they are confined to kennels and they are waiting for the moment to get adopted. But at times these dogs also have the best time when they enjoy the simplest things and those simplest things mean the world to them.

Recently one shelter dog had the best time when he managed to break out of his kennel in the night and he had a gala time by playing with every toy available. The same incident happened at the Bedford County Humane Society in Pennsylvania. 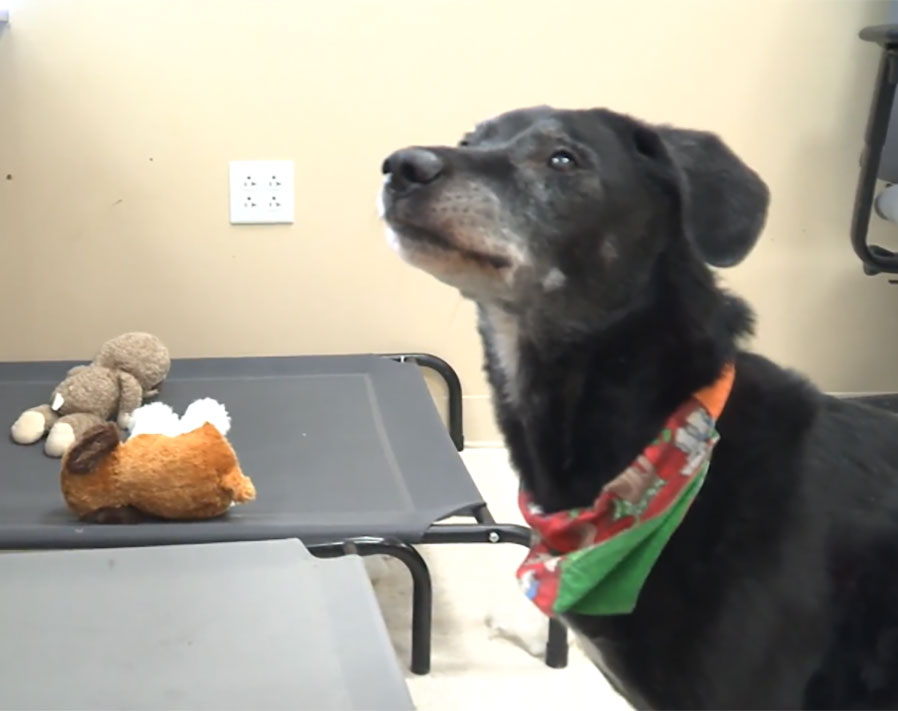 One morning when Joyce Ross arrived at work there, she was surprised as she saw one of their dogs, Gilligan out of the kennel. She said that she saw Gilligan running around all excited, playing, jumping around. Later she came to know that Gilligan had been up all night and he was partying with his favorite toys.

He had scattered the doggy toys in the rooms and hallways. The dog was very overjoyed to play with the toys. According to Joyce, the look on his face suggested that he was very excited and proud of what he had done the whole night.

His kennel was not properly latched and he was able to sneak out and took full advantage of this opportunity.
From CCTV, they got to know how he went from one toy to another exploring the toys they had received as Christmas donations and picking the favorite squeaky toys.

He is a very smart dog who first went to check if anyone was in the building and when he realized that no one was there he went straight for the toys. According to Joyce, he pulled only the toys which have squeakers and left the ones which did not have. Gilligan did not show any remorse over what he had done and he really had the best time of his life. 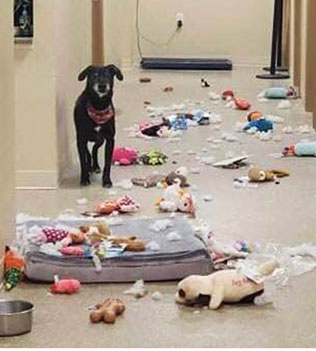 The shelter employees when looking at the damage done, surely had a good laugh. Gilligan arrived at the shelter as a puppy and he has been their loyal office mascot. Joyce said that he was a wonderful office greeter as he let them know about the visitors.

As he had spent a long time in the shelter, he would not be a candidate for adoption. His viral story is liked by countless people online. He is a star now. The staff informed that they got a call from a lady who was ready to buy a toy every month for Gilligan for the rest of his life. It is really a funny story. Gilligan deserves all the squeaky toys he can get.