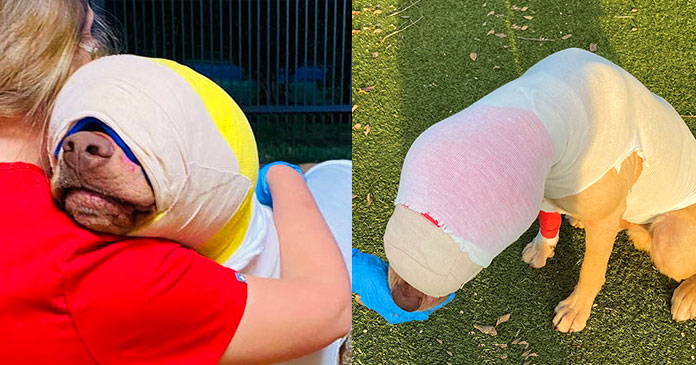 The same happened to Buddy who was punished for no fault of his own. He was set on fire and as a result, his face was severely burned. But thanks to the vets, he is now on the road to recovery.

Last month, the Tunica Humane Society got a call that a dog named Buddy who was described as a happy and carefree dog was set on fire. The dog was never a threat to anyone. His face was completely charred black with a cord wrapped around his neck.

A child confessed about setting Buddy on fire but as the child was below 12 years, he was not punished. The dog was put in the care of the Tunic Humane Society in Mississippi and he received medical treatments from the Mississippi State University’s College of Veterinary Medicine. 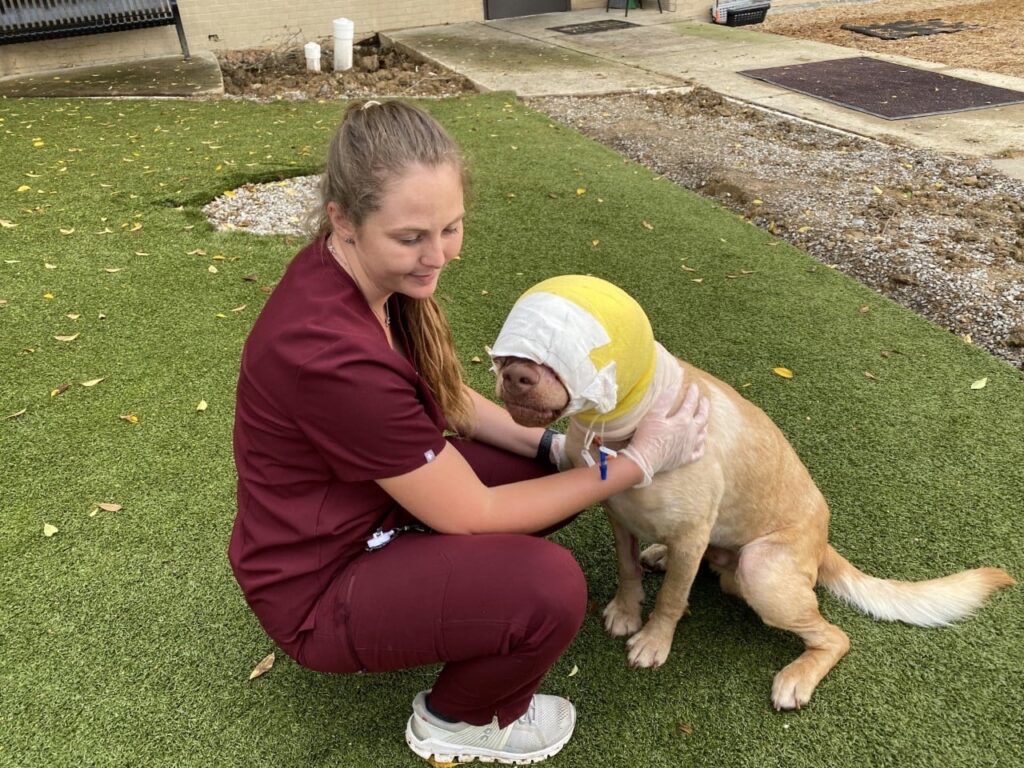 According to Dr. Elizabeth Swanson who is a veterinary surgeon, his signs are good but as in the case of a burnt patient, it would take some time to heal. The hospital staff said that they were keeping the dog comfortable and changing his bandages.

Fortunately, despite the shocking incident, it seemed that the dog had not lost its eyesight. Doctors believed that his eyes were good. At present, Buddy had bandages wrapped all around his body. Despite what he had suffered, his story is an inspiration to everyone.

It is said that Buddy had to bear all this pain. But we hope his injuries would not go in vain and justice would be served and change would come. We wish Buddy a speedy recovery.