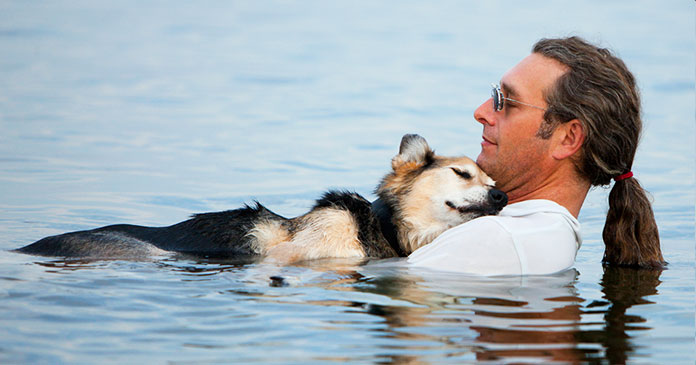 We are so much connected to our pets. They are our family. But when they suffer due to age or some disease, it is our duty to pacify them.

A man named John Unger from Wisconsin, USA adopted a stray dog when it was only 8 months old. He named the dog Schoep and he looked after it a lot. As the time passed the dog grew old and at the age of 20, he started suffering from severe diseases. 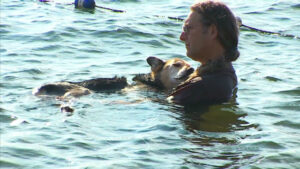 He was not getting better and his owner Unger was preparing for the inevitable. They have spent 19 years together. Unger learned that the dog was suffering from severe arthritis and that had paralyzed his body.

The shock came for the owner when the vet recommended putting the dog to sleep. But John decided the other way and decided to help the dog. John did not want to leave the dog in his last days. He was looking after him well, holding him, and was unwilling to leave him. 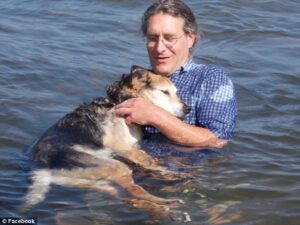 He took his dog swimming in order to relieve his pain. He began floating Schoep to make his painless. Floating in the water was helpful to the dog as it alleviate his pain.

Sometimes the dog fell asleep in the arms of the owner because the flow of water was very relaxing. This heart-touching moment of the dog and the owner was captured on camera by one of John’s friends. 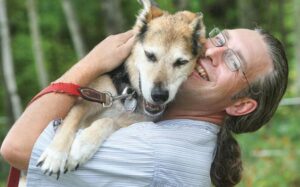 According to John, whenever he was put into water, he would not swim and just put his paws on his shoulders and wanted to be held. In those moments as he was so much relieved of the pain that he fell asleep.

At last, Schoep left the world. During the difficult times, John helped his dog a lot. He always tried his level best to make his life easy.

Really it was a great effort made by John. Both of them had a great time together.