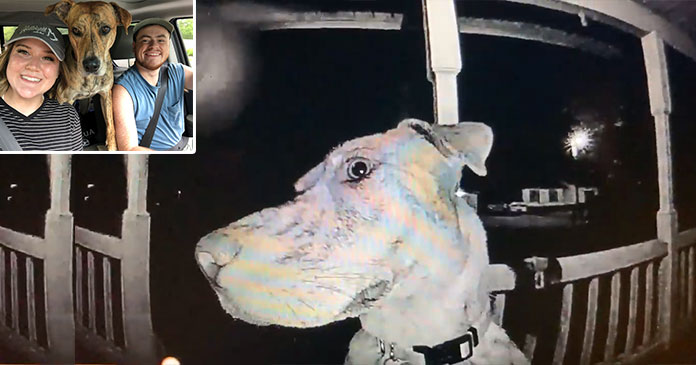 It is always heartbreaking when a dog runs away from the house. At this time one should not lose hope and just hope that the dog may return. At times, they find their way back home when we least expect them to return.

Recently a dog ran away from home but made her way back home in a most hilarious and unexpected way.

The dog named Rajah lived with her owner Mary Lyne and Ryan in Greensville, South Caroline. Like any other dog, Rajah is also scared of fireworks. But this fear made her run away putting her owners in a difficult situation. 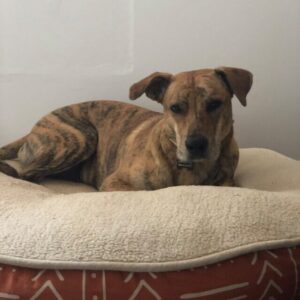 According to Mary, Rajah was in the backyard with another dog and then their neighbor started shooting fireworks and she was scared. When Mary came to check Rajah, she was gone.

She and her husband Ryan searched for her, they contacted the shelters and even posted on social media. But there was no information and they were very sad.

At suddenly at 3 am, they heard the doorbell ring and they were surprised as the doorbell was rung by Rajah. It was quite surprising for the family. The dog was away for over 7 hours and then suddenly returned back by finding her way back and also used the doorbell. 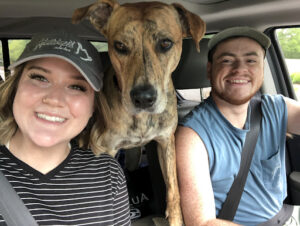 Mary was quite surprised as she did not know how the dog used the doorbell as she had never taught her to do so. According to Mary, she never came in the front yard except to the car and she had never seen them using the doorbell.

At that time, Ryan was awake to answer the doorbell and she let her in. It was not clear where the dog went but Mary thought she had quite an adventure.

The couple was very happy to have the dog back. The video of the dog using the doorbell went viral on social media. We are happy that Rajah came back home. He is really a very smart dog.