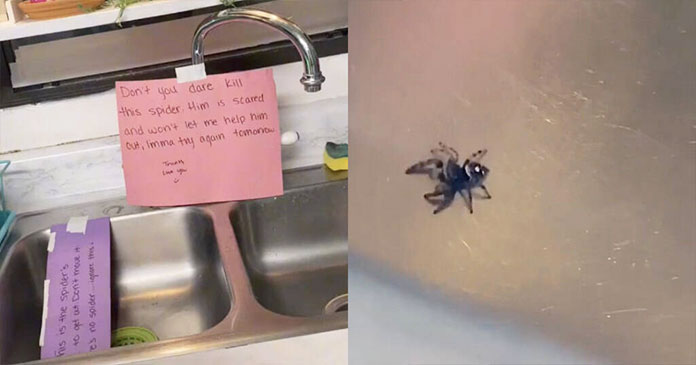 For some people life is very precious, it does not matter whether they are saving the life of a huge creature or a tiny one. They make sure to save the life.

The same happened when a woman named Kiagem noticed a tiny jumping spider that was stuck in her sink. She knew what she would do. As she was going out for work, she decided to leave several notes for her partner.

The note was taped to the faucet so that it could be seen easily. The second note was on the edge of the sink and then extended down to the sink which was acting as a bridge. 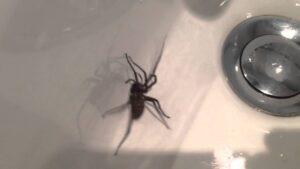 The note said that was the spider’s bridge to out, so not to move it and if there was no spider, ignore this. The spider was sitting near the note as he was enjoying his time in the sink and he was waiting for the right moment to make his escape.

The video of the notes was posted on Tik Tok and people were really entertained by it. Some people even admitted that they would not have done this much effort to save the spider.  Many people were happy that the spider was saved.

In the end, Kiagem’s partner was able to save the spider and the spider used his bridge to climb out of the sink and went on his way.

Really what Kiagem has done was very appreciative and because most of the time people are not very serious about saving tiny creatures.