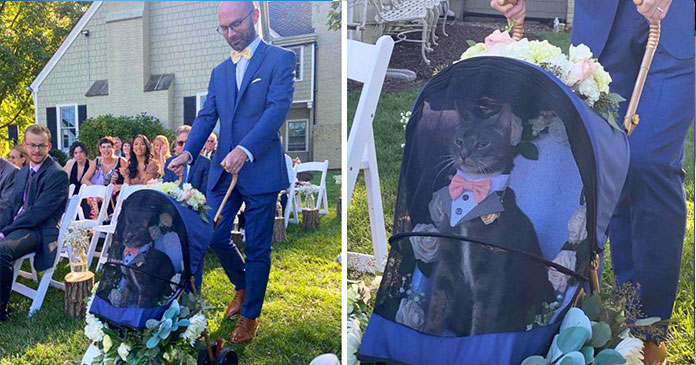 The same thing happened with this newly wedded couple who did not want to leave their beloved pet out of their wedding festivities. Instead, they decided to give a very important role to their beloved cat and made sure that the cat look up to the mark with that role. 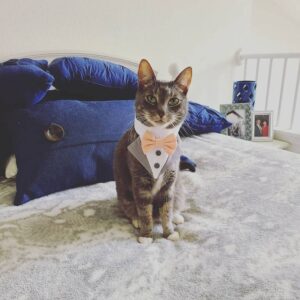 Though wedding day is the day of the bride and groom and they did everything to make this day a special one, yet in this case, the special attention was grabbed by the cat. The people were talking most about the cat.

Their beloved cat Moose who turned out to be the handsome ring bearer stole the show. The cat with his little custom collar and tie looked very handsome and won the internet. There were lots of fashionable guests in attendance for the ceremony still all the eyes were on the ring bearer. 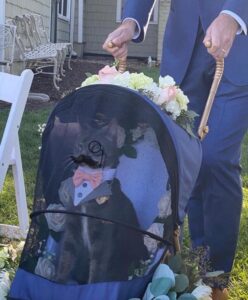 Though he was a cat at a wedding yet with his regal appearance it looked more than that. The cat acquired the status of a celebrity. The newlyweds have not thought that they would be upstaged by their cat.

Thanks to the dapper cat, their wedding will be remembered for a long.