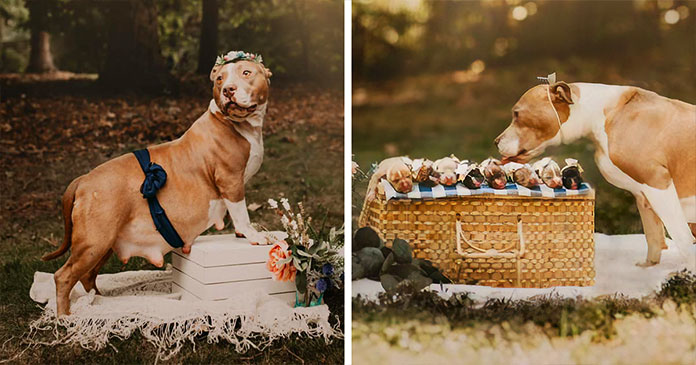 Rescued animals are very sweet. The only thing they are lacking is opportunity. They are not given proper chances to showcase what they really are.

The same thing happened with this mother Pitbull. No one could have imagined that she is such a photogenic personality. It is in her maternal photos that she appeared like a real Diva. 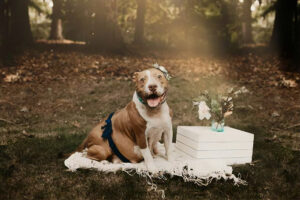 The story goes like this. Mama Pickles was found abandoned on the streets by rescuers. At that, the dog was 2 years old and heavily pregnant. The staff at Animal Control took the dog to the shelter and managed to contact her owners. But owners told that they don’t need Pickles which was very heartbreaking.

The shelter was not having the required treatment and the care that pitbull might be given after the delivery. So the Pits & Giggles Rescue which is a nonprofit organization came forward to help the dog. The organization specializes in caring for pregnant dogs and their puppies. 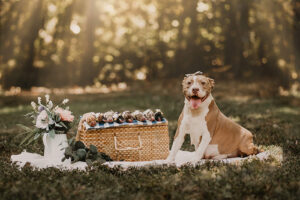 Lauren Casteen Sykes who is a volunteer at Pits & Giggles explains that the mission of their organization is to rescue mothers and care for them. They save mothers who are pregnant or nursing and provide them the safety they need and the care they deserve to raise their puppies.

Photographing is an integral part of their adoption process as it gives them the visibility that they need to get adopted. So Lauren who is a photographer was called to click the photos of a proud would-be mother as they wanted to preserve those precious moments.

When Pickles arrived, Lauren knew that she had to do the maternity photoshoot and the way Mama Pickles posed, she stole the show. She was quite like a model according to Lauren. Though her legs were very short for the catwalk yet she loved all the attention and care she got. Pickles was very much excited about the photoshoot. 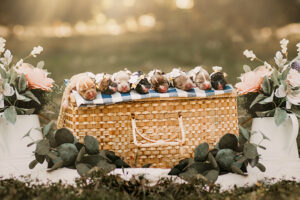 The satisfying part of the photoshoot was the way Pickles behaved, she was wagging her tail and was so much happy.

After Mama Pickles gave birth to 8 puppies, again it was time for the photoshoot. This time Mama Pickles looked prouder. According to her caretakers, she was really a very good mother and took good care of her little ones.

Mama Pickles was used to breed repeatedly and they said that this would be her last litter. For the time being, she and her puppies would be living in the rescue center.

We really wish that Mama Pickles and her babies should get a good forever home.