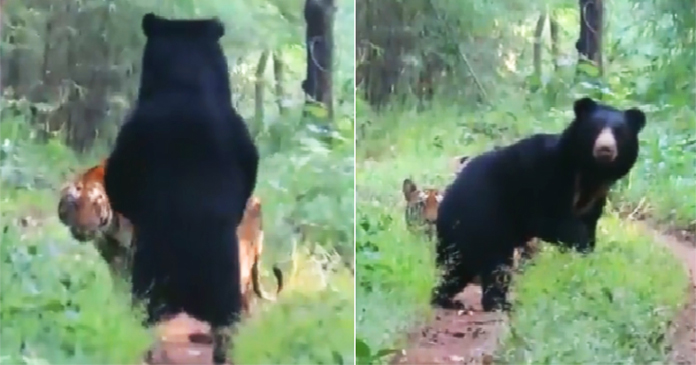 Sometimes animals are also caught in a situation where they don’t know how to react. The reaction which they give is quite opposite to their real personality.

Recently one very unusual video is making the rounds on social media. The video shows a close encounter between a tiger and a sloth bear. The video was shared on Twitter by IFS officer Sandeep Tripathi.

In the video, one can see a tiger walking on a path in a forest area. After a few seconds, a bear enters the frame which prompts the tiger to turn around. 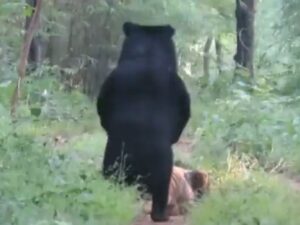 The bear continues to walk and goes very close to the tiger who seems to inspect the situation. All of a sudden the bear stands on his hind legs and the confused tiger sits down on the ground.

The bear comes back to his feet but stands once again. Then it runs away as it saw some humans. The tiger looks in the direction where the bear ran and keeps sitting on the ground. 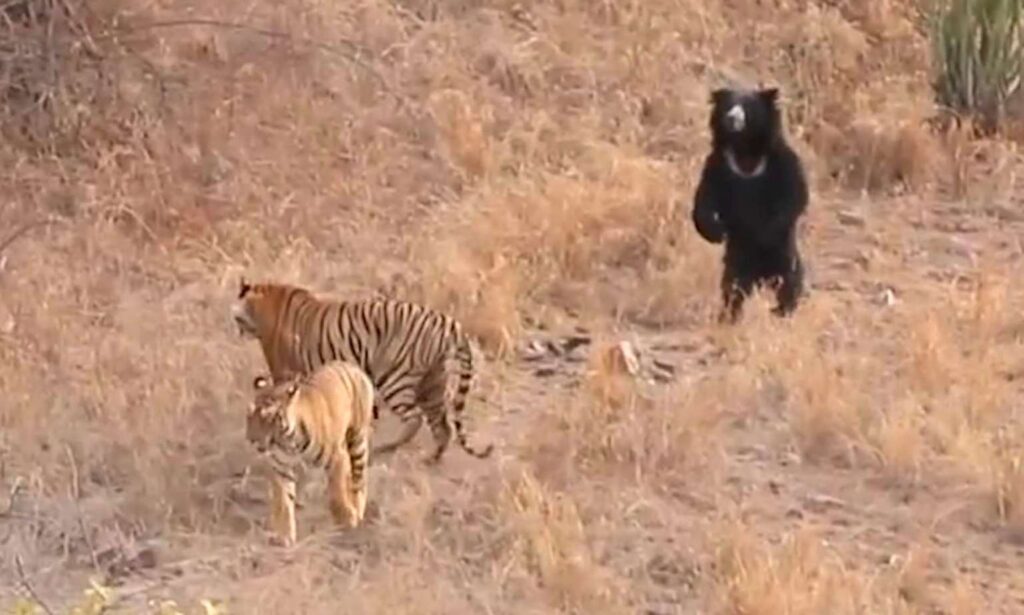 This video has gone viral and has been viewed by more than 3,900 viewers. People gave different reactions to the video.

One user said that the law of nature was broken as bears ran away seeing humans instead of tigers. Another user said that respecting each other is also a way of sustainable living. Whatever may be the case of that reaction. One thing is clear that even animals are taken aback by some situations.