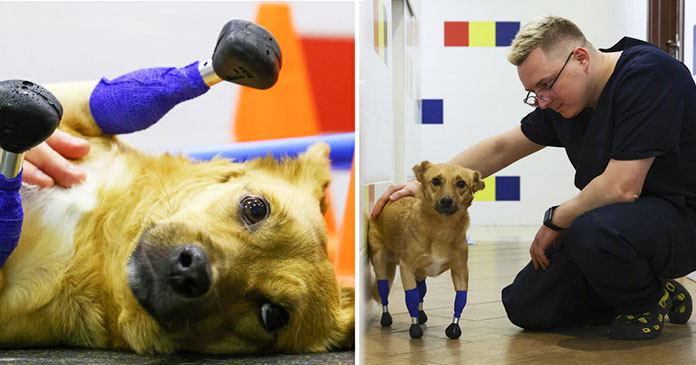 Every animal is beautiful and deserves to live. Some animals are somewhat different and have disabilities. But these disabilities should not be the cause that they should be euthanized. But there are many kind people who make sure that every animal should live.

Like this dog who lost her paws after a life of abuse and was about to be euthanized but she not only was saved but also got a gift which enabled her to get back on her feet. The dog named Monika was found last December in the village of Plastunovskaya, Russia. The dog suffered a lot and as a result, her paws were severely damaged and they had to be amputated. 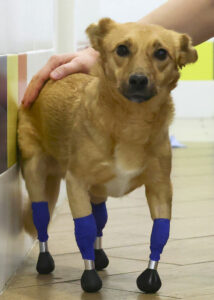 The poor dog was taken in by rescue volunteers Marina Gapich and Alla Leonkina but they were disappointed when experts told them that the dog should be euthanized. But they were not in favor so they looked for another option. Marina said that they were her carers and they were responsible for the dog.

They found a vet named Sergei Gorshkov and he was an expert in prosthetics. Around 400,000 Russian rubles which are equal to over $5400 were raised by the rescuers to help Monika get new legs.

It was the first time for the vet that he made prosthetic paws for a dog but he took the job. The paws were made of titanium and biocoated at Tomsk Polytechnic University.

After the paws were made, surgery was performed to give Monika her new paws. At first, everybody was having doubt whether the dog would adapt to her new prosthetics.

But Monika surprised everyone by adapting to her new paws. According to Sergei, at first, they were not optimistic but on the third day, she started standing up and walking around the clinic, and going from room to room. 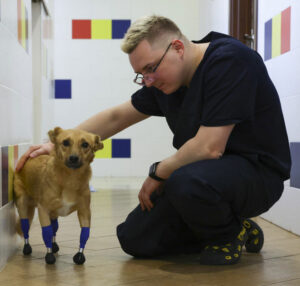 The vet was very happy that he had saved the life of an animal. It is quite appreciative that when people did not give up on animals, miracles like this happen. The dog was about to be euthanized but his life was saved by the efforts of the rescue volunteers and the vet.