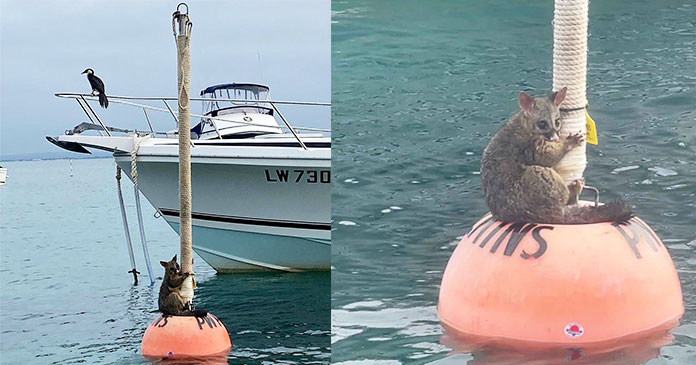 We know how beautiful marine life is. We can experience different types of animals as we start our journey on the water. But one rescue team came across a very unexpected creature in the middle of the ocean waters. What they spotted was a possum.

If reports are to be believed that brushtail possum was found clinging to a buoy in the Tasman Sea near Mornington Peninsula in Victoria, Australia. The reason for how the possum ended there was not clear. But one thing was clear he did not deserve to be there and he was in danger and need to be rescued. 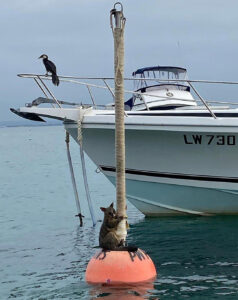 Someone informed the rangers from Whitecliffs Foreshore Reserve about the possum and they immediately went to save the possum. A local scuba diver named Luke English who owns the diving business RedBoats was given the work to go out on the water and rescue the possum.

Luke said that was the first and last possum he would ever see on a mooring in Portsea. The scuba divers are used to seeing all kinds of marine life but the possum was definitely the first. The possum on the other hand was scared by what has happened to him but he was unharmed and accepted the help very gratefully.