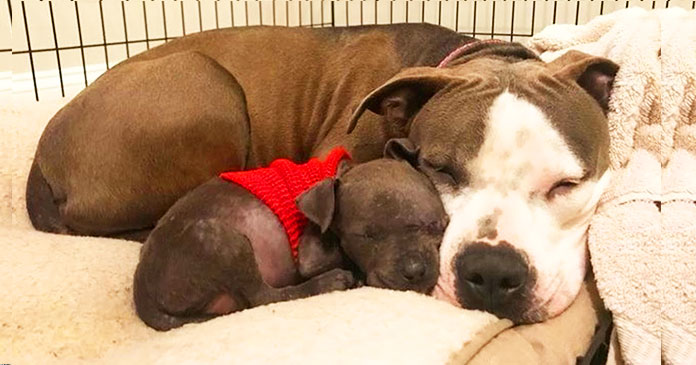 It is true that love and affection are enough to overcome any obstacle in life. Sometimes life becomes very difficult for one person. It is at that time that we find happiness in comforting someone in distress.

Here is the story of two stray dogs who suffered a lot but they found comfort in each other. Their story is an example for many people. 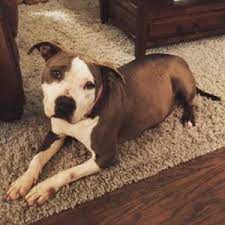 On a very cold night, officers from Animal Control saw a pit bull roaming on the streets of York in South Carolina. The name of the dog was Daya and she was pregnant at that time. So the officers wanted to help her find a shelter quickly and they called Halfway There Rescue and it agreed to foster the poor dog until the time she gives birth.

But as fate has it, when she underwent a medical check-up, it was clear that she needed surgery immediately. So she lost her unborn babies. Even her health declined and it appeared that she would not survive but she survived.

But the loss of her puppies left her heartbroken. When everything around was dark, she got a ray of hope when an orphaned rescued puppy arrived at the Halfway Rescue. 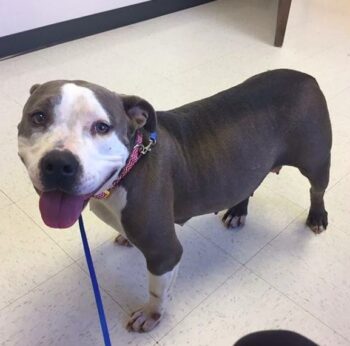 The stray puppy named Raisin also suffered a lot. His eye was badly injured and he was very scared and confused. The puppy was found on the streets of York. The staff at the rescue decided to introduce Raisin to Daya.

As both of them suffered a lot in their life so when they found each other, they were very comfortable. Daya started caring for Raisin as a mother. On the other hand, Raisin also found the love and comfort of a mother.

The two shared a very adorable bond and their love healed them both. Though they went on separate ways, their love made them live again. Both of them were adopted by very loving families. Really it is true that love and care can heal anyone. Both of them played a very important role in each other’s life.