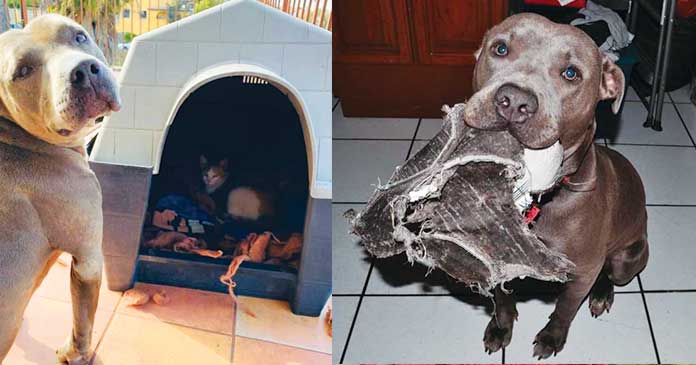 Pit bulls are not very friendly by nature may be due to their history related to fighting or high-profile attacks. But this opinion about them could be changed if we hear the story of Hades who lives with his father Juan Jose Flores.

He is a resident of the town of Tijuana, Mexico but he has become the most loved character on social networks.
Hades had broken the stereotypes by becoming friends and family with a pregnant kitten whom he found a few weeks back and looking at the condition of the cat, he offered to help her.

Not only he allowed her to enter the house but also decided to lend him his little wooden house which is in the garden. He had to safeguard the place as he did not want his human father to throw his new friend away. 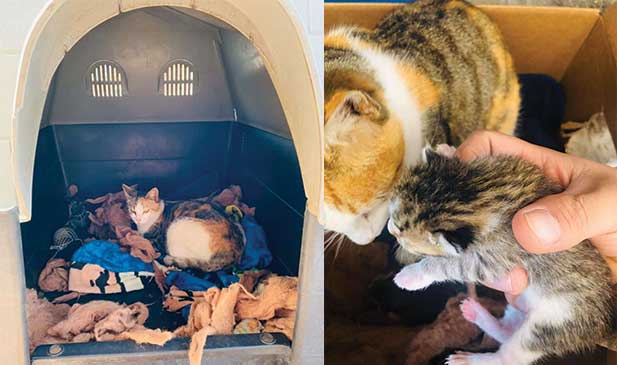 The strange behavior of Hades made his parent suspicious and he decided to carefully investigate what his pet was doing. He was running from one side to the other, hitting the doors and windows, he even destroyed one cushion.

In order to find the reason for his weird behavior, he decided to see his wooden house. To his surprise, he found a cat sitting there with her 6 kittens and Hades was carefully guarding them. His father was taken aback by watching this. This was so unnatural of him but even animals have feelings that could not be hidden. 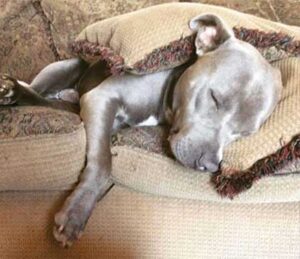 This story highlighted the noble and genuine feelings of the dog. So next time, you see a pit bull, don’t assume it to be aggressive and the one who loves to fight. They too have a soft side. Hope you liked the story.