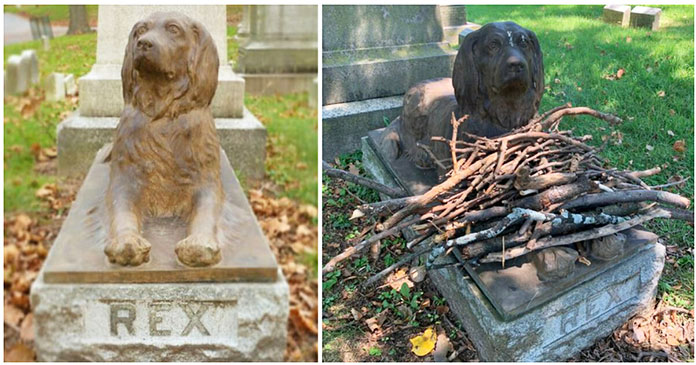 Pets are very close to us. When a pet passes, it is quite heartbreaking. Different people use different ways to remember their pets. People built special burial site for their favourite pet. One such dog who got a special burial site is a dog named Rex. His plot really catches the interest everyone.

The dog was buried at Brooklyn’s Green Wood Cemetery over 100 years ago. The dog has his own bronze statue. It shows the dog was really loved in his time and was very close to his family. He is believed to have belonged to a fruit merchant named John E. Stow who passed away in 1884. 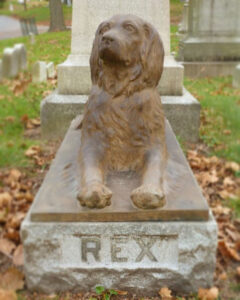 Though no body is there who is related to Rex now, yet his gravesite gets a lot of love from visitors. According to Stacy Locke, the communications manager for Green Wood Cemetery, Rex really stands out. People see him from the road and it is a sort of a prominent spot.

Now a very heartwarming tradition has started at Rex’s statue. People started leaving sticks in front of him. For dog lovers, Rex’s statue is like a shrine which represents dogs everywhere and people come there to memorialize their own deceased pet. 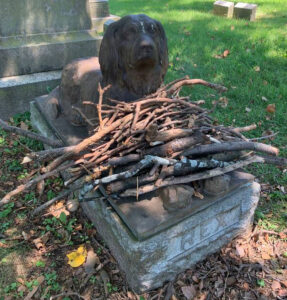 According to Stacy, people will drop a stick across his little paws and one person also left the photo of a dog who had passed away. She further says that there is another statue in the cemetery where people leave dog toys. It seems people feel that by placing a stick there will bless their dogs who had died. It is a wonderful story.