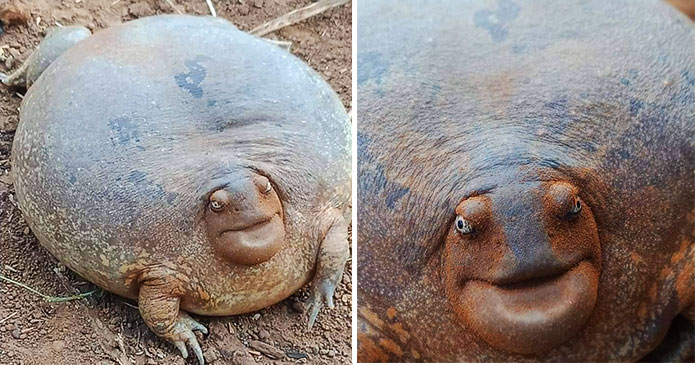 There are different species of animals living in this world. It may so happen that some species we might not have seen even. So if we happen to see the photo of such a species, we might take it for unreal.

The same thing happened with this amphibian. The amphibian looks so unreal that people are unable to believe that it really exists. The amphibian has a smooth round body and expressive little face. 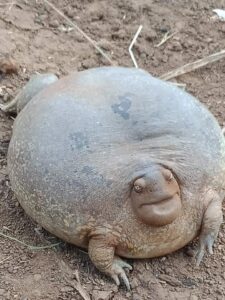 As the animal was very unique, so many people started guessing what it really was. Some even hinted that it was a shell-less turtle. Some even felt that the animal was made of clay by any child. But neither of those speculations was correct.

Then Jodi Rowley who is a biologist and amphibian specialist came forward and told about the real identity of the animal.

Rowley said that the frog which was doing the rounds on social media is a blunt-headed burrowing frog. Rowley further wrote that the frog is native to drier parts of mainland SE Asia, this species spends most of its life underground, waiting for rain. They had a great shape which helps them for burrowing and conserving water. 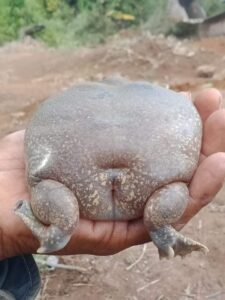 Rowley said that the frog can puff up to look big and scary. It is a special skill to ward off threats. So that might be the reason that the frog looked so round and squishy and attracts the attention of everyone.

But for the people, the rounded and big frog looked very attractive and eye-catching. They are adoring the frog for its physical features and further one said that it is a very cool species.

It is really hard to believe that such type of species actually exists. They seem to come from some sort of storybook.