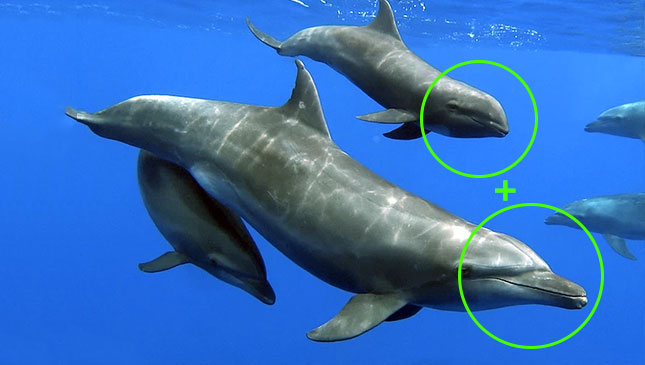 Mother is a powerful word and person in any species. Animals especially need their mothers to grow and flourish. Babies need a mother figure to survive. Sometimes some kind mothers look after newborn babies that are not their own.

Here is an unusual case where the kind mother adopts the baby of other species. The animal is a bottle-nosed dolphin who is caring for a whale calf and she is looking after it as her own child.

This discovery is made by an organization based in New Zealand. The name of the ocean is Far out Ocean Research Collective. The bonding of the adult female dolphin with a newborn pilot whale is noticed by them.

They had this doubt that the dolphin might be the whale’s adoptive mother so they observed it more closely. It showed that weeks later they found that the dolphin had taken the baby whale under her fin.

Bottlenose dolphins are known to take calves of other species as their own but the reason for it is unknown. According to Jochen Zaeschmar, it may so happen that it could be a misguided motherly instinct or maybe she had lost her baby.

Though it is heartwarming to see them together yet it may not last long as the dolphin and whale will grow apart. Moreover different species have different eating habits and schedules.

Pilot whale becomes very big in size in adulthood so it won’t be possible for it to keep the company of dolphin that is not as big. Moreover, the young whale will end up back with its own kind.

Whatever may be but it is quite fascinating to read about their story and to know that even in marine life, a mother’s instinct is a powerful thing.