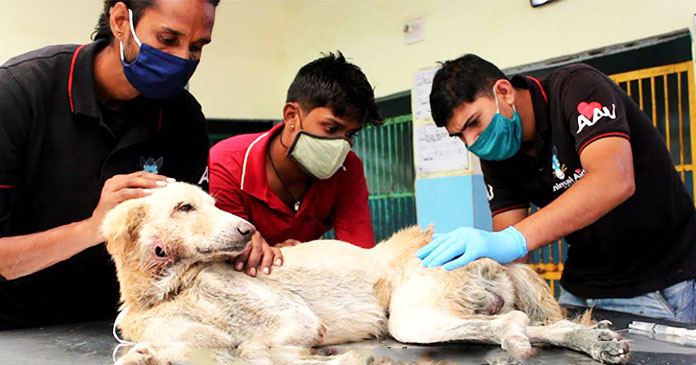 Sometimes animals end up in such situations that we humans feel sorry for them. Their situation can be the result of negligence from the humans or the worst mal treatment met to them. But there are people who act as angels for these animals and are always there to help these innocent souls.

Like this poor old dog that was found trapped in a drain. When Animal Aid Unlimited got a call about the pathetic condition of the dog, they immediately took the action and reached out to help him. The fragile dog might have landed in the drain in order to find relief from the pain. 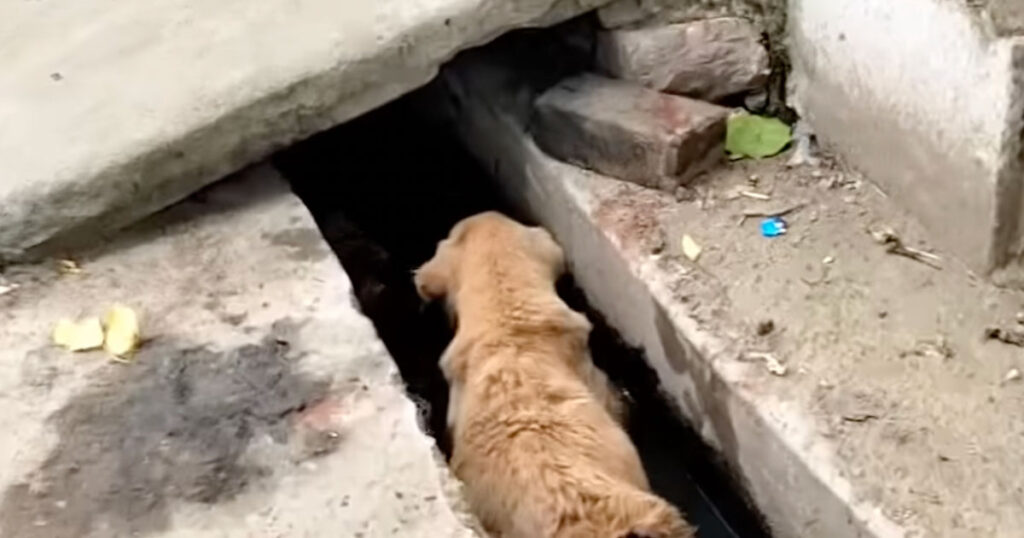 He had an enormous wound that was filled with maggots. Not only that, but the dog also was toothless and arthritic.The dog was trapped in the drain and unable to move. So the first step to helping the dog was to lift him from the drain. After lifting from the drain, the dog was transported to the animal hospital.

The dog was in huge pain and he was very weak. At the hospital, the dog was given some pain medications and an IV. On the wound, some medication powder was applied to begin the process of removing the maggots. After that, they would be able to flush out the maggots in the morning. 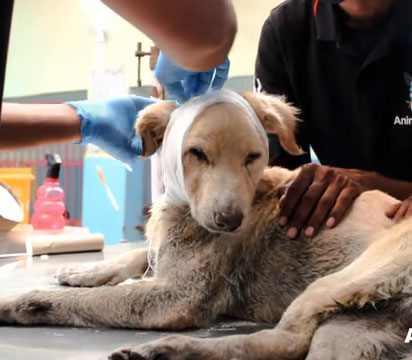 After that, the dog was given to eat and he ate well. It was so relaxing to know that the dog healed well in just a few weeks. The dog was named “Shabaash” which means wonderful.

It was clear that without rescue, the poor dog would not have survived longer. Now Shabaash is a brand new dog. We are so happy that the dog was saved. Thank you to everyone who was involved in healing the dog.