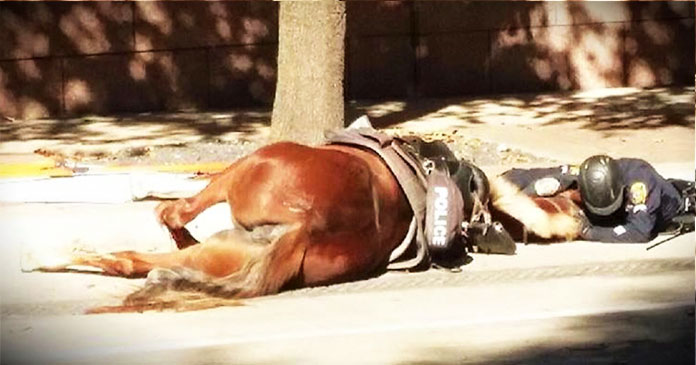 Sometimes terrible things happen that we don’t have any control over. It would have been a regular day at the office for a policeman and his loyal horse but something unusual happened and it became the last day for the horse.

The four-legged officer met an accident and got fatally injured. The horse lay on the ground and she was comforted by the officer in her last moments. 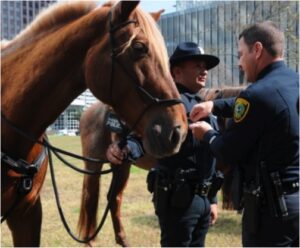 Both of them were in the Houston Police Department and were companions for over four years. Both the officers, Charlotte and officer D.Herrejon were patrolling the streets of the city and something terrible happened.

All of a sudden, the horse got frightened and run right in the middle of the street and got hit by the truck. Officer Herrejon fell off her back when she got startled. But it was too late for the officer to do anything.

The horse was deadly injured. Her leg was broken and she suffered other major injuries. Charlotte was breathing her last breaths right in the middle of the street. Officer Herrejon was heartbroken and could not believe his eyes as what happened to his beloved eyes. 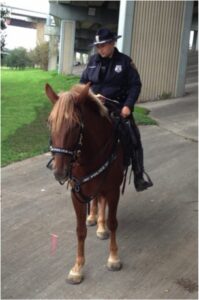 It was already very late to help his beloved horse so he lay on the ground and put his arms around her neck and his head onto hers and offered her some comfort. It was really heartbreaking moment as the two were sharing an incredible bond.

The Houston Police Department confirmed that the loyal police horse was dead and they paid their tribute to her in an emotional Facebook post.

The post described the horse as an HPD Mounted Patrol horse who passed in the line of duty that morning. Charlotte came to HPD as a 2-year-old Tennesse Walker from Oklahoma. She loved her job and was always ready to go to work putting bad guys in jail. She served the citizens of Houston for 4 years. She will be missed.

Really Charlotte will be missed as she served the police department for four years.