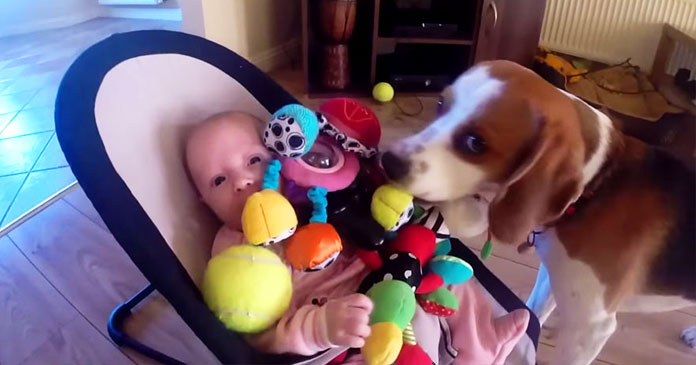 Whenever a newborn baby arrives in the home.The most Complicated question that the couple faces is that how their fur baby will get along with their real baby. Sometimes it becomes a reason that some couples decide to abandon the dogs just for the safety of their baby.

They actually try to find a way that can help both their fur baby and their actual baby to get along and be safe. But most pets are very well with the babies and sometimes they even become their first best friend. Sometimes the dog may look very big and tough but they are very sensitive and loving towards children. 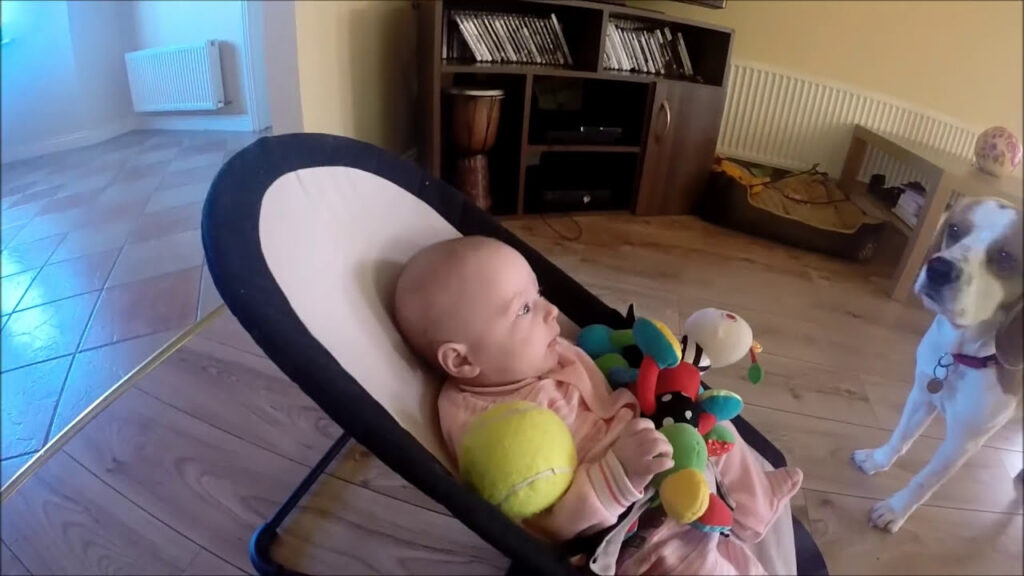 So here is a story of a sweet dog who gave his favourite toy to the new human.Bonnie Michalek from California and her husband love their pet a lot. Their pet is a bull mastiff called Brutus. They even considered their dog as their first baby.

So when she was pregnant with her first Actual first Baby, she said that Brutus knew it before anybody. At that time she even felt that the dog became more protective of her in the early stages of pregnancy.

So as Brutus became protective after Bonnie got pregnant so they were sure that he would be ok with the new addition to the family. According to Bonnie he always loved kids and whenever he heard kids outside laughing he got excited.

So after she delivered a baby named Kayden and brought him home for the first time to meet Brutus. The dog went up to the baby and licked his face. 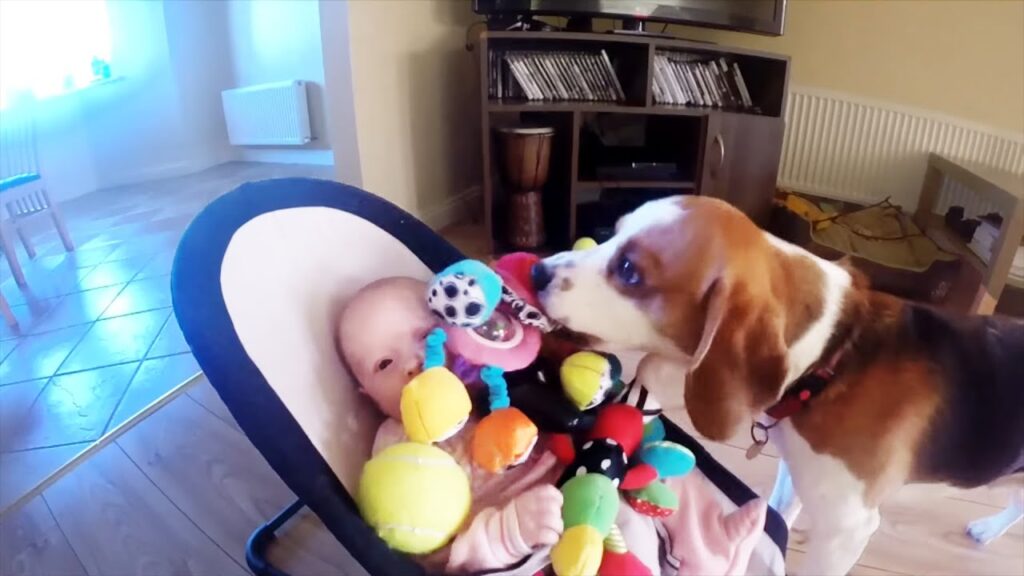 So that was the starting of their close bonding. Brutus and Kayden become very close friends and the dog was willing to do anything for his human friend and that includes sharing his favourite toy.

Brutus has one favourite toy that is a yellow plush ball. It is the toy that remained with him for a long time and he loved it a lot. But his friendship with the baby human was more than his love for the ball. The dog is ready to be away from his ball if that makes his favourite little human feel better.

So whenever Brutus finds that Kayden is crying, he runs for his fluff ball and tries to bring it to him. It shows how much the dog loves the baby and he is going to look after his new friend for a long time.

So Brutus proves that dogs are really caring pets and they can look after the babies.