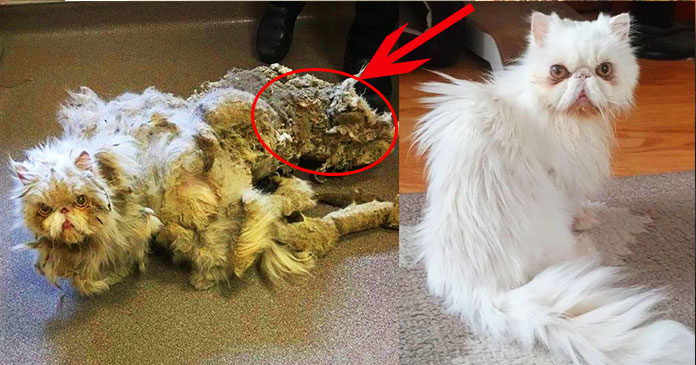 The same happened with this particular cat which due to neglect trapped in his own fur. The anti-cruelty society of Chicago received a call about a neglected Persian cat named Sinbad who living alone in an elderly man’s basement and the man was unable to care for him. 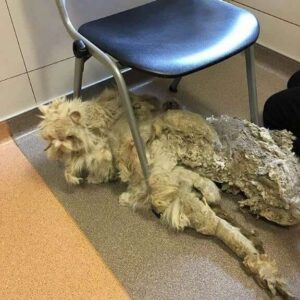 When investigators went to the man’s house, they were shocked by what they saw. The cat was so neglected that he got trapped in her own fur and he was unable to walk. The fur had become matted and heavy due to dirt and feces. It weighed around five pounds.

Seeing the condition of the cat, investigators talked to the elderly man and he agreed to surrender the cat to the animal shelter. The cat was taken to the shelter where the staff spent hours shaving her fur.

After the cat was freed from the fur, it appeared like a new cat. In spite of what the cat went through, Sinbad is a very sweet cat and he likes to get affection from everyone. 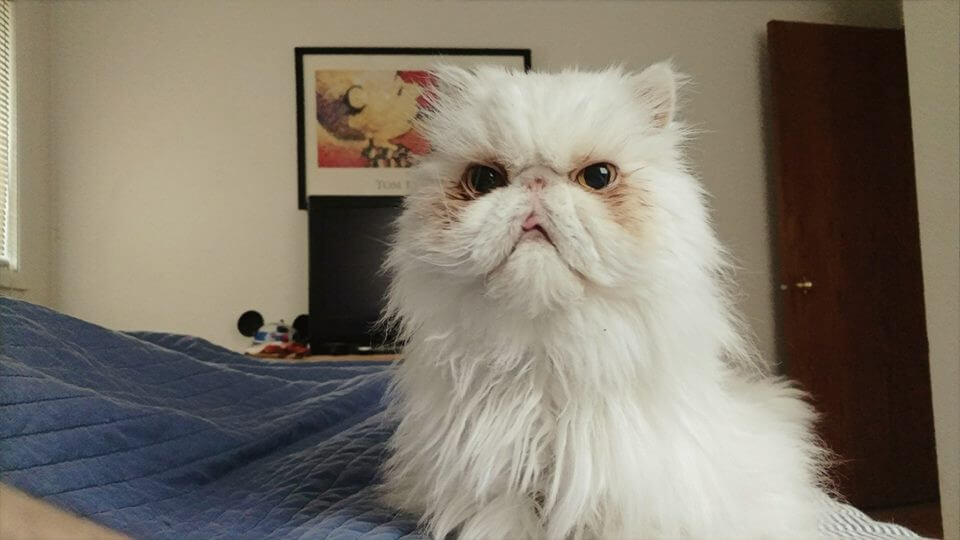 Though the cat suffered a lot due to the matted fur, yet he is very sweet to people and he loves people.
After that, the cat was adopted by a kind person named Elliot who gave him a forever home. The cat loved his new home and his new dad.

At last, the cat found a great place to enjoy a happy life.