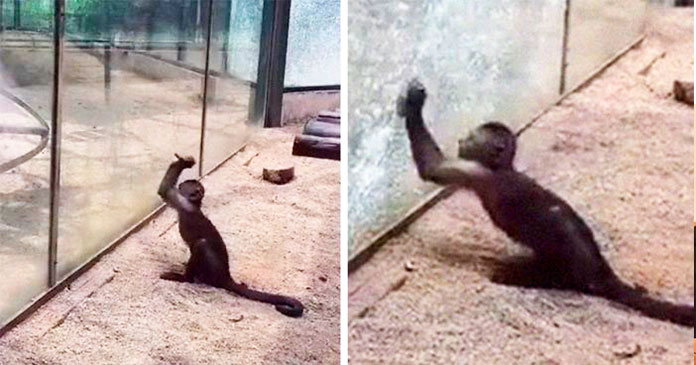 Zoos are not happy places for the animals. Their lives are not as comfortable as when they are in the open. Given a chance, all the animals will escape from the zoo. Some animals are very smart and they may devise new methods by which they could escape the zoo.

A video clip taken at a zoo in China shows a monkey that he uses a rock to break a glass enclosure as he tries to escape from the captivation. This particular incident took place in Zhengzhou Zoo in Central China’s Henan Province. 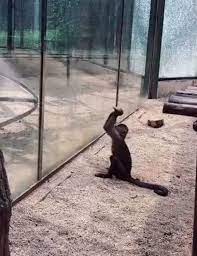 One person who was standing nearby told the reporters that the monkey was actually sharpening his stone before he started to smash the glass to escape. After the glass broke away, the monkey was frightened and ran away. But it returned to take another look and even touched it.

Zhengzhou zoo staff member Tian Shuliao said that that particular monkey knew how to use tools. That monkey was not like other monkeys. It knew how to break walnuts using tools while other monkeys only bite at the walnuts. But it had never tried to hit the glass. That was the first time.

Maybe he was so stressed out in the zoo that he wanted to run away from it. It is not the problem of only one monkey, it is the problem of all the animals in general. The animals belong to the wild and they should be sent in the wild.