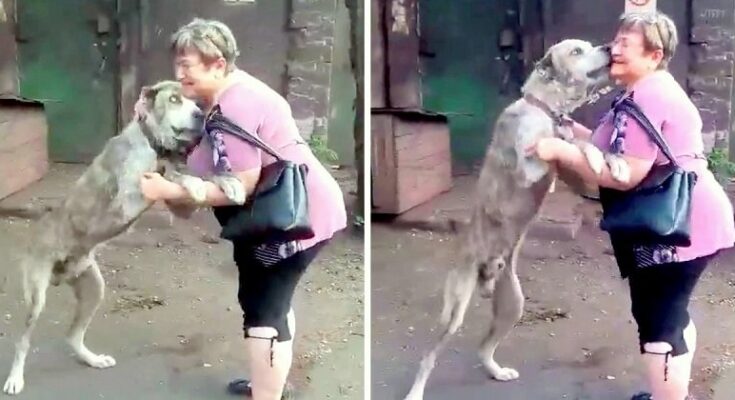 The incident goes like this, a photo of a stray pooch was shared by Facebook by a shelter as they wanted to find a forever home for him.The dog which has beautiful blue eyes was suffering from mange and he was left deserted, dirty, and starving. 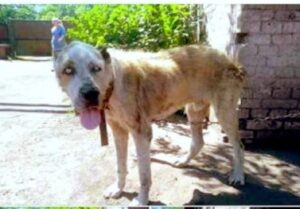 The photo of the dog went viral and then the shelter received a call from a woman who was having the doubt that the dog might be her lost dog which was stolen from her backyard two years back. She claimed that the dog looked exactly the same as her lost dog.

The shelter asked the woman to come and visit the dog. They wanted to see whether the dog would be able to recognize her or not.

When the woman paid a visit to the shelter, at first the dog seemed alarmed but he faintly recognized the smell and the sweet face of his mom. 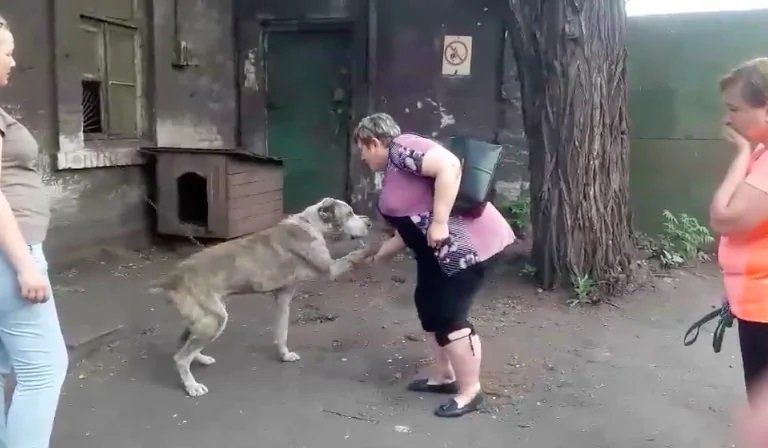 The dejected and lonely dog stretched his paws towards her and rose up to see her face from up close. Immediately the dog named Lord recognized his mom and started licking and kissing her all over.

The mom too could not hold back her tears and started crying. All the people who were present there were not able to hold their tears. Really it was a great reunion. We are thankful for the shelter that they made this reunion possible.