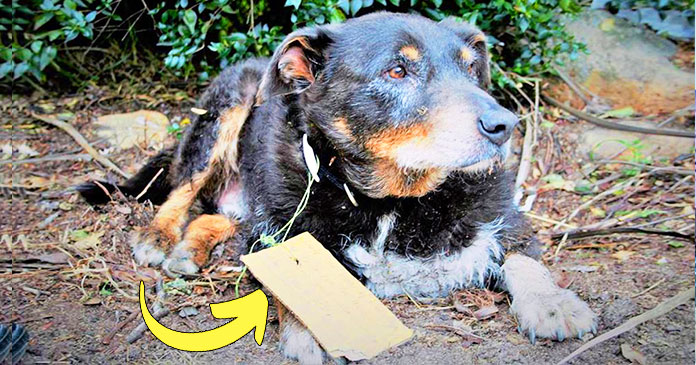 There is nothing as bad as to know about our pet has gone missing. But sometimes if a pet returns by doing something great, it actually makes one on cloud nine.

The same thing happened to one family in New Zealand who was extremely worried when their senior dog went missing. But they were left speechless when the dog returned back home, having a touching note around his neck. 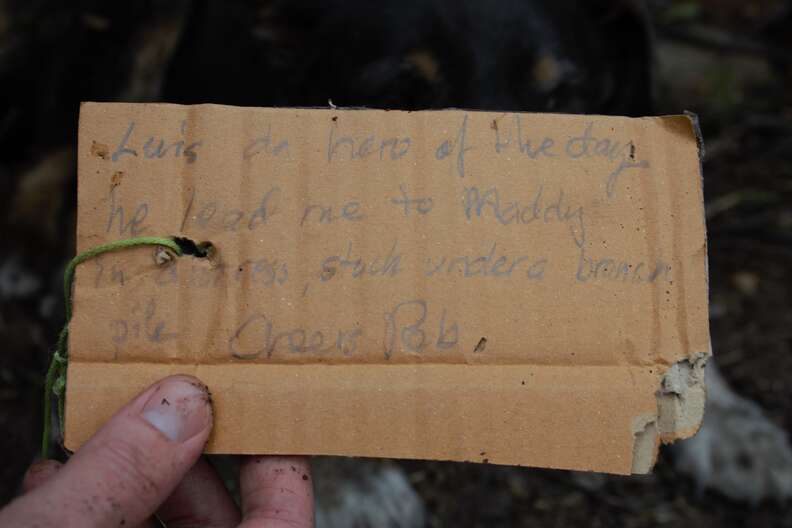 The dog named Louie has been living with his parents Marolyn diver since he was a few weeks old puppies. The dog had always been very energetic as a puppy and he used to wander around the family’s property. But as the dog grew older he prefers to hang out around the house than exploring the neighborhoods.

Louie , who is now 12 years old , one day he went missing for several hours his family was very much worried. On that day, Marolyn had visited her parents and everyone was worried about where Louie has gone.

But later in the afternoon, everyone was surprised when they saw the old dog returning home carrying a handwritten note around his neck.

According to Marolyn, he looked very much exhausted and they were really concerned that someone might have hurt him. But after reading the note they were relieved and felt proud of Louie.

The note described Louie as a hero. The note read, ” Louis the hero of the day. He led me to Maddy in distress stuck under a branch pile. Cheers, Rob ” 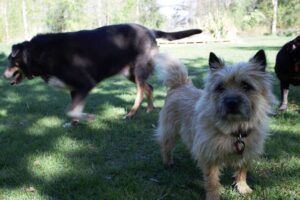 Rob is also a farmer in one of Marolyn’s parent’s neighbors and the name of his dog is Maddy. Then they called Rob by phone to ask him for details.

Rob informed that even his dog Maddy was also missing that day and he had searched her everywhere. When he returned home he found Louie at his place. The dog wanted Rob to follow him. The man followed the dog and he led him where Maddy was.

Maddy was stuck in some bushes but thanks to her friend Louie that she is alright now. Marolyn said that Louie
helped Rob to dig her out, pulling at branches and digging the ground. When both the dogs were free, they ran into the pond, exhausted and tired.

Louie was so exhausted after the rescue that he could barely lift his head up from his bed. His parents were worried about his health. But everything becomes normal the other day when Rob and Maddy decided to pay them a visit.
Really the dog is a hero and he deserves this title.