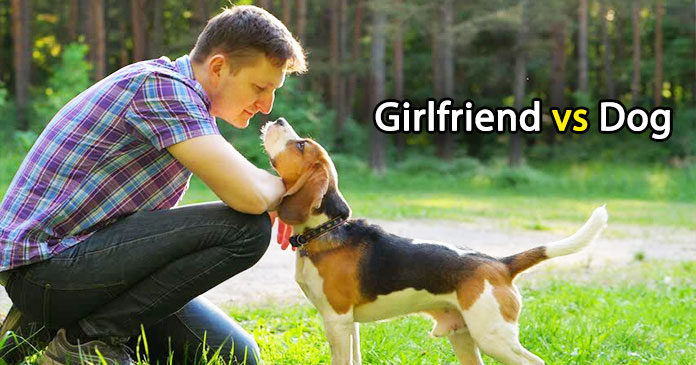 For many people, their pets are their life. They can go to any extent to show their love for their pets. They are like their family member. A very difficult situation arises if someone you were dating asks you to make a choice between them and your family member.

People should not be so mean to ask this difficult question because it is very difficult to make this choice. One incident happened where a boyfriend was asked by his girlfriend to make the choice of keeping one of them.

The beagle owner decided to put an advertisement for his purely bred. He placed the ad in the community/pets section for the website.

It reads ” My girlfriend does not like my beagle dog Molly. So I have to re-home her. She is a purebred from a wealthy area and I have had her for 4 years. She likes to play games. Not totally trained. Has long hair so she’s a little high maintenance especially the nails, but she loves having them done. ”

From the wordings, it appears as if Molly’s dad is speaking about Molly but readers soon came to know that it is something else. It is not like the advertisement ends here. Next, he wrote, “Stays up all night yapping but sleeps while I work. Only eats the best most expensive food. Will never greet you at the door after a long day or give you unconditional love when you are down. Does not bite but she can be mean as hell. ”

It seems like the dog would be a nightmare to adopt, but soon everything was clear. He continued, ” So… anyone interested in my 30-year-old, selfish, wicked, gold-digging girlfriend. Come and get her! I and my dog want her re-homed ASAP. ”

Now it was clear whom the guy wanted to re-home. It was not the dog he was talking about, he was actually talking about his girlfriend. So he coined a new word to be used in place of dumping that’s re-home.

The Internet has fallen in love with the guy who decided to dump his girlfriend for the dog. Surely a dog is better than such human beings.