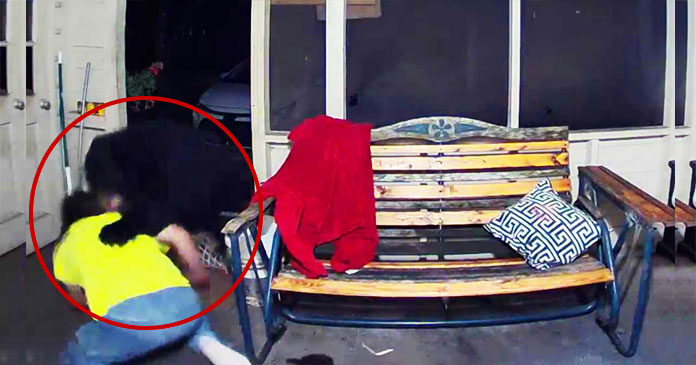 We have known stories where dogs put their lives in danger in order to protect their human. They have a great protective instinct. They are ready to face wild animals to protect their loved ones.

So here is one fearless man who fought a wild bear to save his dogs and the dramatic fight was caught on the camera. The name of the owner is Walt Hickox and he is from Daytona Beach, Florida he is a proud owner of three dachshunds named Pickles, Pepper, and Piper.

Last week something unusual happened as the dogs entered Walt’s porch, he was shocked when he realized the dogs were being followed by a wild black bear. Fortunately, Walt was there and he immediately threw himself at the bear to protect his dogs. He started shouting and forcefully repelled the bear back, diverting the bear’s intention. 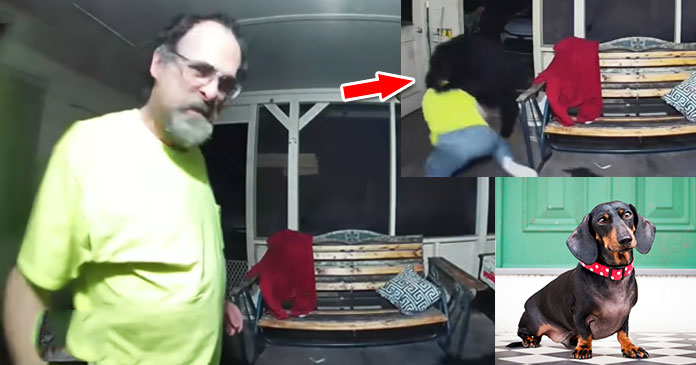 According to Walt, the bear’s focus was on his dogs and he wanted to break that focus and get his body in there to let the dog get back into the house. He clapped and he was screaming.

He wanted that the bear should realize that there was a human being too. This terrifying fight between him and the bear was caught on the ring camera.

He really risked his life as at one time the bear has its claws right down on him. Walt said that at that moment, his main focus was how he was going to protect his pets.

He was thinking if the bear went past him into the house where the rest of his dogs and his wife were, what would happen. 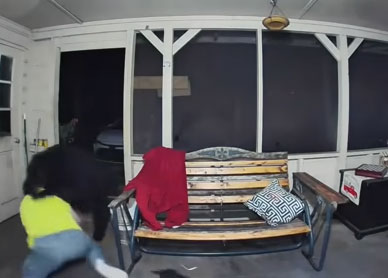 His dogs were safe and sound. Further, he said that he is planning to install another door by the porch and also keep some bear spray. Hats off! to the brave man. Really he did an incredible job by protecting his pets.