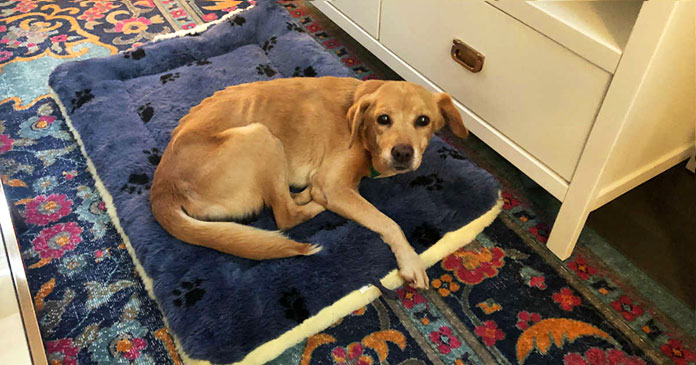 Can you ever imagine that as you wake up in the morning, you are having a surprise visitor? For Jack Jokinen this thing happened as he woke up at 4 o’clock, he was informed by his wife that there is a puppy in the house.

Being a father of a one-month-old baby, he was used to getting up early in the morning but this was something very different. How did this happen?

He came downstairs and saw a small lab mix cute puppy in his living room. He wondered how the dog entered the house as all the doors and the windows were shut tight. 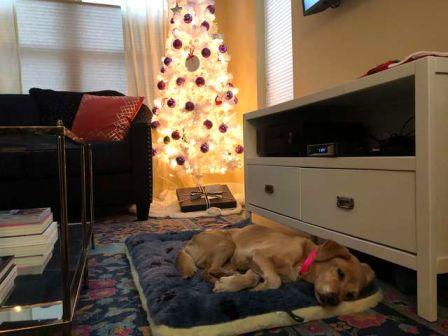 So the first thing that came to his mind was that there was someone else also in the house. So he checked all the closets and the rooms but found none. But the question remained the same as how the puppy entered the house. A magical puppy.

Then he checked the security camera and found that when he returned home with his 2-year-old dog George he appeared to close the door but he didn’t latch it. So the door was blown wide open by the wind later that night.

According to Jokinen, in the camera at 3:16 a dog stopped outside the house. The dog was out in the rain and cold and at first, it hesitated but then it entered the house. 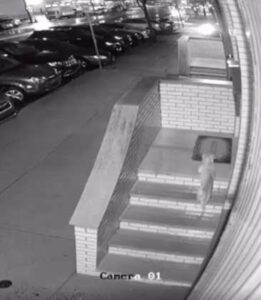 Then a passerby walked past the house half an hour later and saw the door opened. He came to see if everything was ok and closed the door.

So the dog named Suzy stayed there for a night. Jokinen and his wife dried the dog and made her feel at home. At first, they thought of calling animal control.

But they realized that the dog was sick and she required proper attention. She was very weak and walked with three legs with no collar. So surrendering the dog was not the best option.

So they took Suzy to a vet and found that the dog was actually 9 years old and she was not a puppy. She was covered with fleas and ticks and even had a paw infection and dental issues.

The couple decided to help the dog and Jokinen posted a photo of Suzy and to his surprise within two days, he received $15,000 in a donation to help pay her medical bills.

Thank God, now Suzy is safe and warm and under the care of her new family. We wish her all the best in her new life.