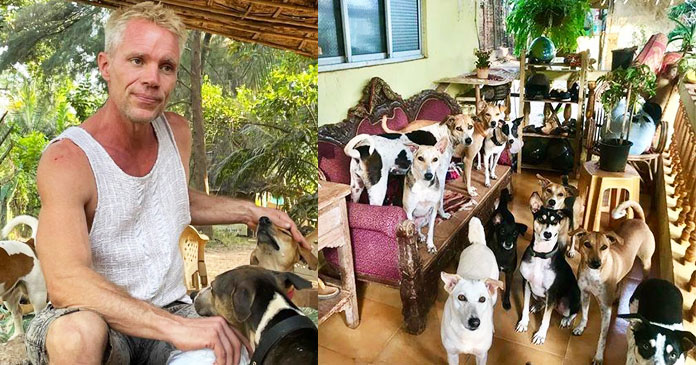 There are many stray dogs who need our love and compassion. Many dogs need to be rescued. So from time to time, many people come forward with unique ideas to help the dogs.

One such man is Ingo. Ingo is a native of Germany but he lives in Goa, India where he started the Dog Temple to help the helpless dogs.

Around 70 dogs are permanent members of that temple. He started the Temple nearly five years ago. He has been saving dogs and giving them shelter to live.

Some of the dogs are blind, some were beaten up by locals and some were simply left by their owners. It is his duty to feed the dogs, take them to the beach and run. 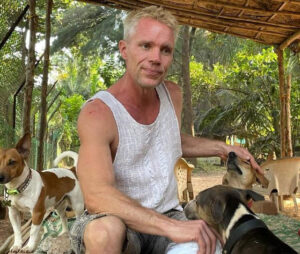 It gives him a lot of pleasure when he helps the dogs. Ingo told that one of their dogs would soon be flying to Germany. A woman from Germany had to leave her behind due to the Covid pandemic but now they were preparing to send her to Germany, which will be her forever home. All the dogs which were saved by Ingo live peacefully and playfully together.

They have fixed feeding times. They are usually fed between 9 to 9:30 am. According to Ingo, feeding so many dogs is not at all easy. So any kind of help is welcomed by him. Proper care is given to the dogs who live here. They are not chained and they are fed, vaccinated, de-ticked, and looked after really well.

The main thing is that they are showered with great love there. They are taken to the beach for playing and when they are not playing they can rest under the shade of the temple. Life had become hard after the pandemic. Earlier he got help from people who would come and help with daily dog food cooking and helping to give them baths. 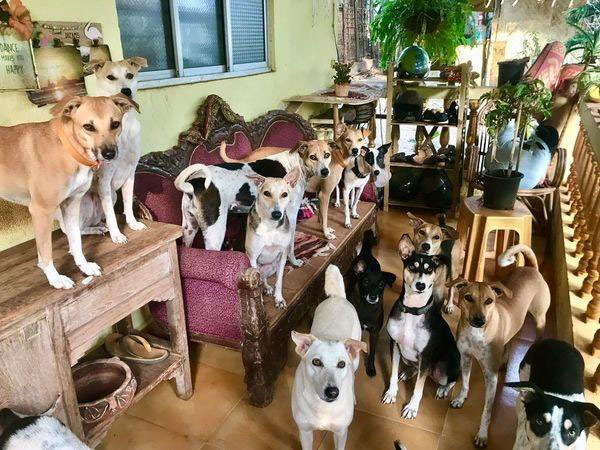 After the lockdown, the number of people visiting the temple had declined. He further said that they did not get the kind of help they were having two years ago and now they had very limited resources. Mostly he was helped by the foreigners and Indians very rarely help him. But still, some people are ready to help.

They give ranging from sleeping and resting couches to dog-friendly ice creams, new collars, and colorful toys. Mostly the temple is visited by children and adults who develop a bond with them.

According to Ingo, the local fishermen hate the dogs and they hate him as well. They beat the dogs. So he used to keep an eye on them. What Ingo is doing is a great job. We really wish that he may get some more help to continue his good work.