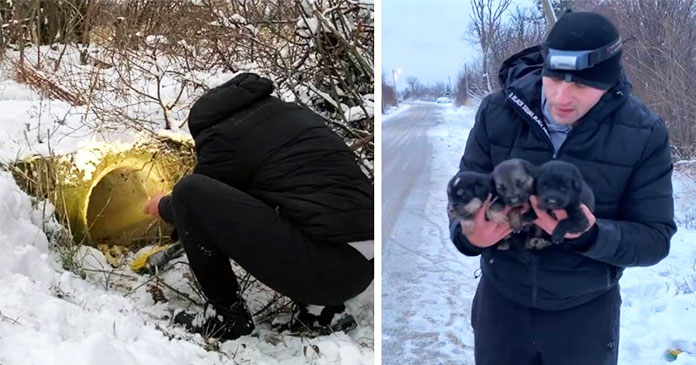 The Winter season turns out to be crueler than any other month, especially for stray dogs. Here is the story of a homeless dog, Hera.

She lives on the street of Siberia. As she was having no shelter, she gave birth on the streets. The winters here are very harsh and Hera knew she had to do something to save her puppies from the blizzards. So she found a refuge in a cold and wet drainpipe by the road and decided to crawl inside with her pups to save herself from the chilling snow. 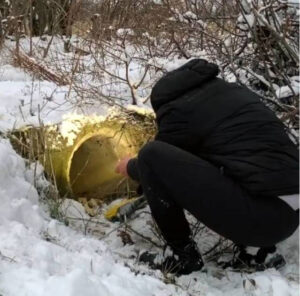 But it was not the end of her ordeal. The pipe was not providing warmth to the babies and Hera knew that her babies won’t survive the winter weather without any help from the human.

The puppies were unable to bear the cold weather and they grew more and more weak and sick. Hera was very anxious about their health so she decided to ask for help from the human.

She would rush out of the pipe every time she heard any vehicle pass by. She wanted help to save her babies. But as we know, people were busy with their work so they hardly paid any attention to Hera. Fortunately, there were some travelers who were noticed Hera and decided to help her. They called a member of the Dog Rescue Shelter Mladenovac.

So the man named Milan came to help Hera on a stormy day. Although all the pipes were covered in snow due to the blizzard, Milan was able to find Hera as he saw her paw prints.

So when Hera heard Milan’s footsteps, she came out and she was happy that someone has come to help them. Milan was happy too that he found Hera but he was heartbroken when he saw her puppies were shivering in the pipe. 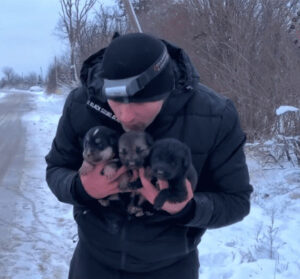 It was very difficult to get them out of the pipe. He tried hard but the puppies did not move. At first, he made Hera enter the pipe thinking that the babies will follow their mother and come out. But the babies did not move. Then he tried to lure them with some food but he was not successful.