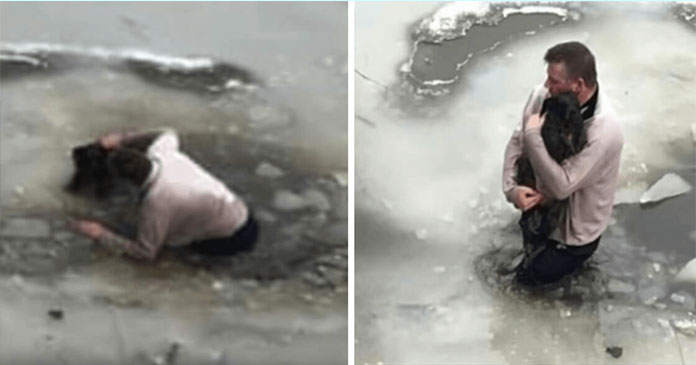 Many people are ready to go to any length to save the life of the animal. Such people act according to their instinct and are not worried about their life. Such people deserve the title of ‘hero’.

One such man is Don Chatten. One day he was walking his two dogs in Buffalo, New York. The day was bitterly cold. As he was walking, one woman asked for his help to find her small dog.

The poor dog had fallen into icy waters in Ellicott Creek Park. So it was clear to Don that he did not have much time as the dog was shivering in the cold water. 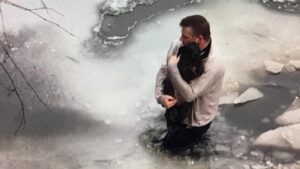 At first, Don called 911 and he was worried as they might be late and decided to save the dog himself. As he was moving on the ice, suddenly he plunged into waist-deep icy waters.

Don himself said that he knew it was not real deep in that part as he had come there when he was a kid.

He was able to get hold of the dog and took him in his arms. He wrapped his arms around the dog as he was a small baby. The dog was then taken to the vet for a checkup.

The way the man showed heroism by entering the icy cold water to save the dog is quite commendable. We salute the man for his bravery.