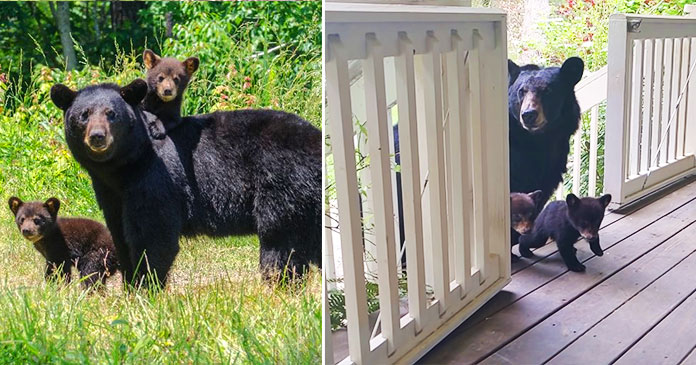 Bears can be very threatening because of their strength and size. But some lucky people are there who experience their adorable side. They even trust human beings.

Here is an incident where a bear becomes so much friendly and comfortable with a man that she even brings her cubs to meet him. The moment is really a sweet one.

In Asheville, North Carolina, black bears are very common and they are very comfortable with humans. In this part of America, the population of bears is increasing and as a result, they have started accepting human beings as a part of their life. 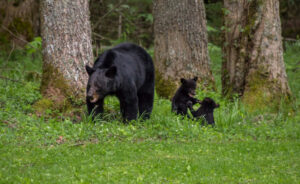 For Patrick Conley, this fact is true as one bear became very comfortable with him and started visiting him on a regular basis just like a family. The bear name Simone by Patrick used to visit him very often but what surprised him one day was that she even brought her first litter of cubs with her to say hello to Patrick.

Patrick was unable to believe his eyes when he saw the cubs and according to him, that was the cutest thing ever to walk those woods. Simone was like a family member to him and seeing those cubs were like seeing a new family member.

Simone has become so comfortable with Patrick that she walked right into the porch followed by her cubs. It is quite wonderful to see that an animal and they don’t interact with humans and suddenly they become so friendly. 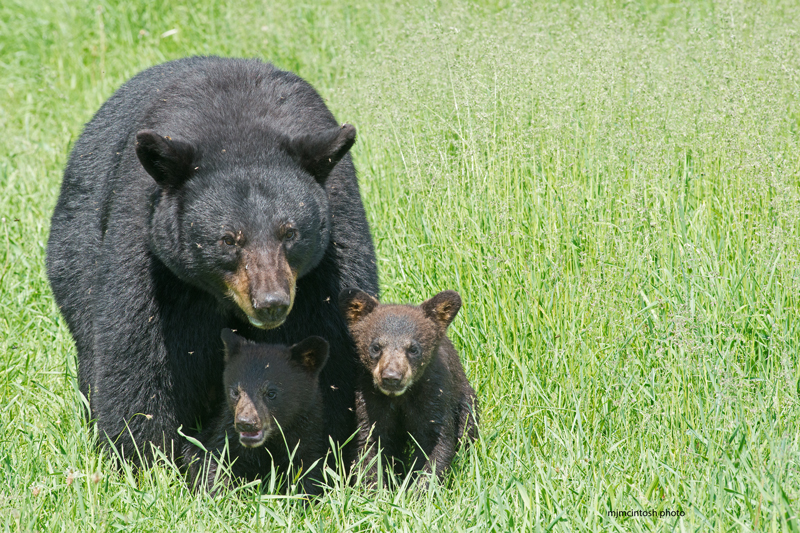 After some time, the three bears left the porch and walked across the street, and climbed a tree. They played, roamed, and climbed there for a while, and then Simone told them to go back home, and the three head back to the forest.

It is not that it is the first time, he experienced something like this. Patrick has a long experience of being with the bears. At first, there was mother bear, now grandmother, named Maite which had three bears: a son Maurice, Solange, and Simone. All these names were given by Patrick and now he has to come up with two more names for the new addition to the family.

It is really a great experience to read about them.