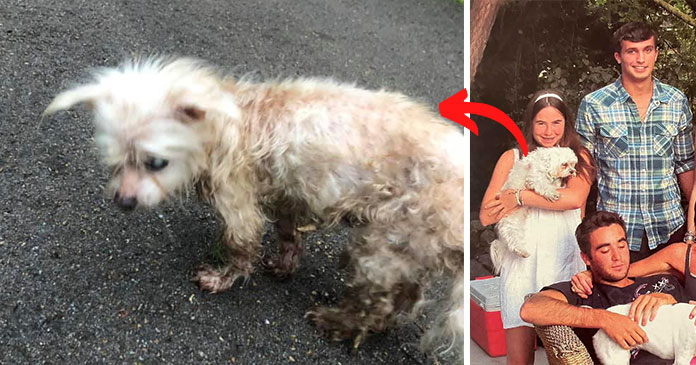 It is really very heartbreaking when a beloved dog goes missing. We search for him everywhere but there is no sign of the missing dog. Sadly after sometime we accept this harsh reality that our dog is gone forever.

Like here in this case where a family lost their lost dog and found it seven years later. Brigitte Bourgoignie from Miami, Florida was very close to her Maltese dog Sissi and she was completely heartbroken when her dog ran away from home in 2014. 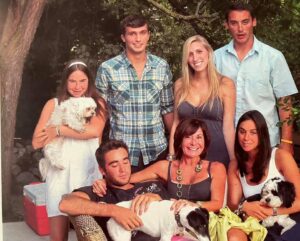 She says that they searched for the dog everywhere but Sissi was not found anywhere. Many years passed and they assumed that their dog had left them for good.

After seven years, a woman named Kelly Weissinger found a stray Maltese in Rankin County, Mississippi. At that time, the dog was in a rough shape and was taken to the vet. The dog was having fleas and also skin problems. Her blood was tested and then she was good.

In order to find out the owner, Kelly shared photos of the dog on a local lost pet Facebook group. She did not know that dog did not belong to anyone in Mississippi but it was owned by a Florida family who had lost it seven years back. 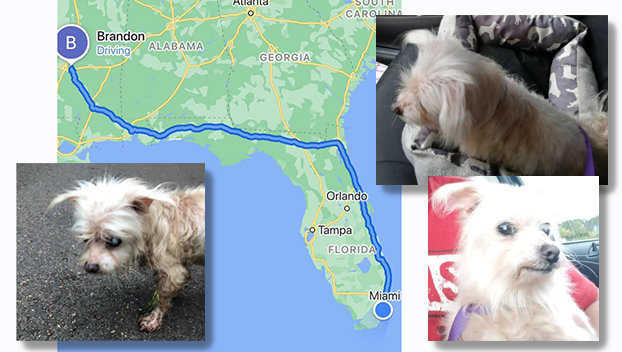 Though a lot of time had passed yet vets were able to identify Brigitte Bourgoignie as the owner of the dog. They gave a call to her which was never expected by her. At that time, she was not able to believe that her dog was found.

The dog was going home after long time and she was transported to Miami by a kind man named Brandon Tyler. The man even bought her a toy for a ride.

Her owners were very  happy to get back their old pet  back. Sissi is now 14 years old and her owners wanted that she should live a long life.

We are happy that Sissi is home after 7 years. Microchipping is a great idea to get your lost pet back even after years apart.