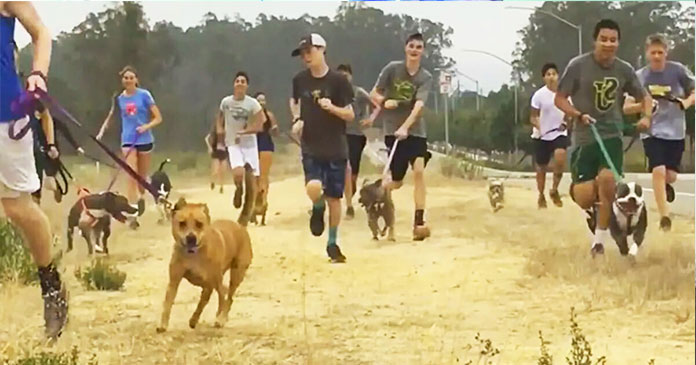 Homeless and shelter animals are in need of love and compassion. From time to time many kind people are coming forward to help these animals. They are given company as they are very lonely.

Such good work was done by St. Joseph High school in Santa Maria, California when they decided to invite their local shelter dogs along for a run. 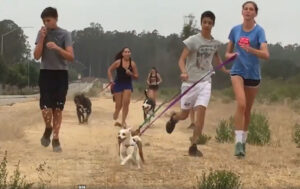 This was much appreciated by Santa Barbara County Animal Shelter and they allowed their dogs to go on the run. The dogs would be able to get some sun and stretch their legs.

This experiment worked and all have the blast. The team coach Luis Escobar said that he was not sure who had been more excited- the dogs or the kids.

He further narrated that when he had seen the video from the run on Facebook, he could not help but smile. The video had been seen by hundreds of thousands of people, including runners and coaches at other schools.

Escobar said that people were very excited to know more about the event and he got calls from coaches and athletic directors across the country asking about it. 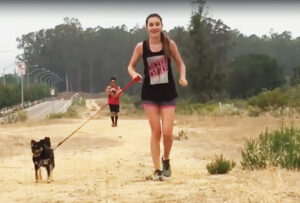 It began as a fun run but it was liked by people all over. The local people too liked the idea and the students had already taken the dogs out for a second run.

This run was good for both the dogs and the students. The dogs got the exercise and the students got the chance to get exposed to the dogs. There are chances that the dogs may get adopted in the future as students will talk about the dogs to their parents and friends.

Really it was a great idea. Kids will learn about the needs of the animals and such deals will help to resolve the problem of homeless shelter dogs.