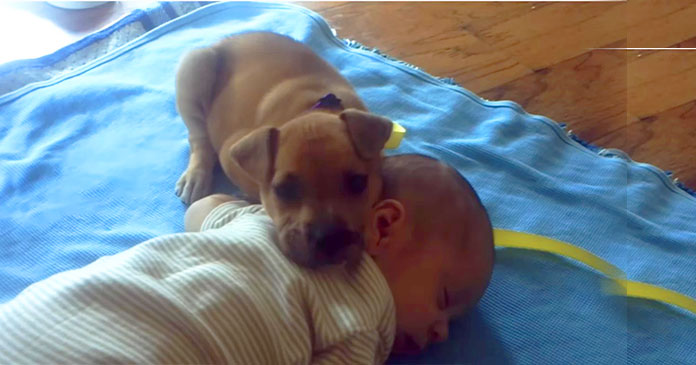 Sometimes animals suffer a lot at the hands of their humans and that is also one of the reasons that they became lonely and started behaving in a very strange manner.

Here is a story of an abandoned puppy who found love and comfort she needed next to her baby human best friend. They had both been together since they were three months old and had developed a very inspiring friendship.

The name of the abandoned puppy was Callie and she was found by her loving family tied to a fence. It was not known how the baby ended up there. But the puppy was very much confused and scared and it was clear that the puppy was not treated well by her previous owner. 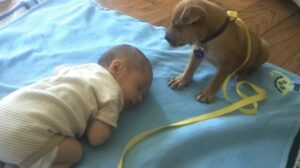 The family who adopted Callie had a newborn baby and they decided to take home the puppy thinking that it would be nice for their baby to grow next to a furry friend.

As she suffered a lot earlier, she was not very comfortable in her new house. Though the family treated it with love and affection yet the puppy was not at home there. The puppy was unable to sleep at night.

But the moment the puppy met the newborn baby Ian, she started feeling good. Callie found the comfort she was looking for. 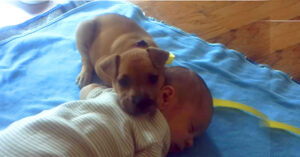 As the baby slept the whole day so the family decided and it would be a good idea to make Callie sleep with the baby. So slowly she felt comfortable next to her human brother and slept peacefully for the first time.

That was the beginning of their sweet friendship and even after three years, they have the same love and affection for each other.

Love and affection can change any animal and it can bring about great change in their behavior.