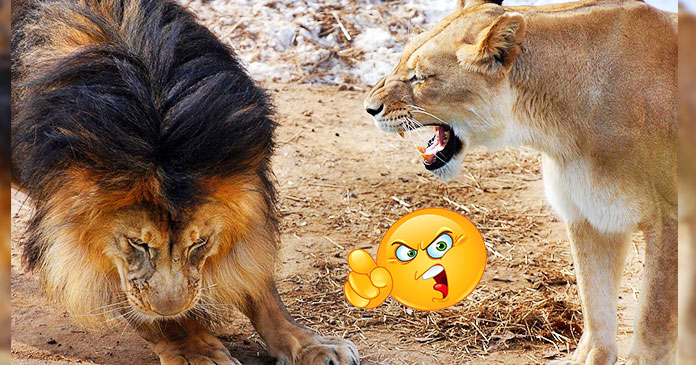 This is proved recently when a male lion received an earful from his counterpart lioness after a playfight with their children went a little too far. 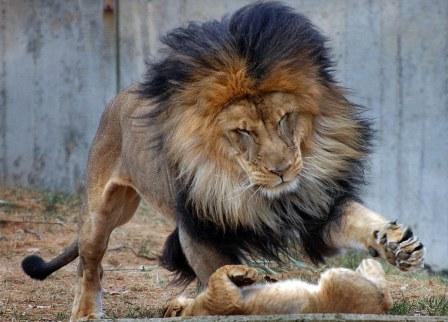 The lion pinned his daughter Lusaka to the ground showing his anger and asserting as the cub continued to play with his tails even after warnings from him.

The naughty cub was repeatedly taking the tail of the lion in her mouth and biting at it. At first, the dad pretended not to notice it but after some time it became too much for the lion to bear.

The lion in order to show who is the boss joined the playfight. The lion named Luke pinned his daughter Lusaka to the ground after the playful cub had repeatedly nipped his tail.

All this playfulness came to a stop when the protective mother arrived and saw what was happening.

So this was not tolerated by the queen of the jungle and she told the king how she felt by scolding him. She started barring the teeth to the lion to show how angry she was.

All these images were captured in the camera by an amateur photographer Jennifer Lockridge who was the right person at the right place and at the right time. 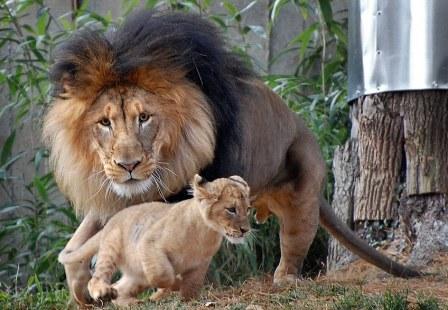 According to the photographer, the particular cub named Lusaka is very feisty and she is always the last one to go inside when called. She is certainly a ‘daddy’s girl and has great admiration for her father.

As the cubs are getting braver, they wanted to engage in a playfight with Luke which is quite interesting. Really it is a treat to eyes to watch cubs playing with their father and it is really interesting to watch how the mother shows her authority.