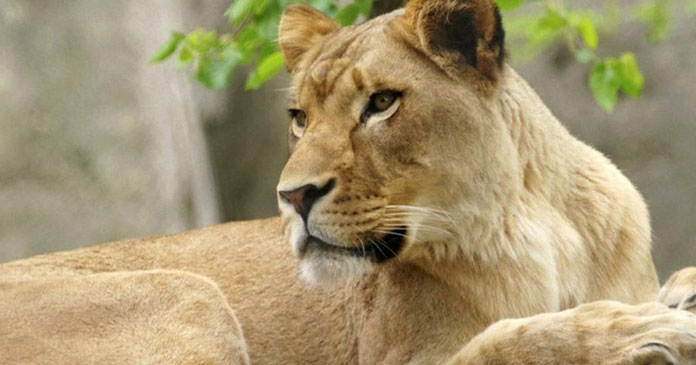 Some people are so shameless that they could anything for their financial and entertainment purposes. They could not hesitate to ill-treat the animals. But if evil is there, goodness is also there.

Here’s the story of Sasha who is a rescued lioness and we can say that she is very lucky. She was rescued from a circus that treated her cruelly in Guatemala for 6 years.

At the time of the rescue, the lioness was facing life-risking wounds and there was the slightest chance that she could recover.  When she was taken to the vet, she was in great pain and she suffered bone cancer on her right front leg and it was said that she may lose her leg.

Her trainers crushed her toes so that she could not attack others. She was not properly fed and she was forced to perform six times a day. She had experienced six years of a hellish life. At first, the vets were afraid that they could not save her. Then they performed a successful operation to save her leg. The diseased bone was replaced with a titanium rod, support mesh, and medical cement to make the natural bone grow back.

But Sasha was a strong lion who fought to recover and 2 years after the surgery, she is on the road to recovery.4 other lions and 12 tigers were saved along with Sasha and with the help of a UK wildlife charity, the rescued animals were transported to a sanctuary near Johannesburg. It was not an easy task as they had to deal with lots of problems.
It was a great fortune that Sasha had taken her first steps at the sanctuary and now she would live her life like a wild animal.