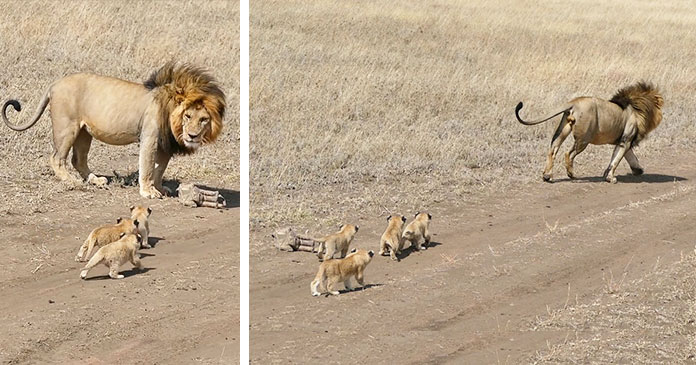 Sometimes animals act in such a comical way that it brightens up your day. They are involved in silly acts and we are unable to control our laughter. It is not that only cats or dogs have this behavior even the most fearless predator behaves in such a way. 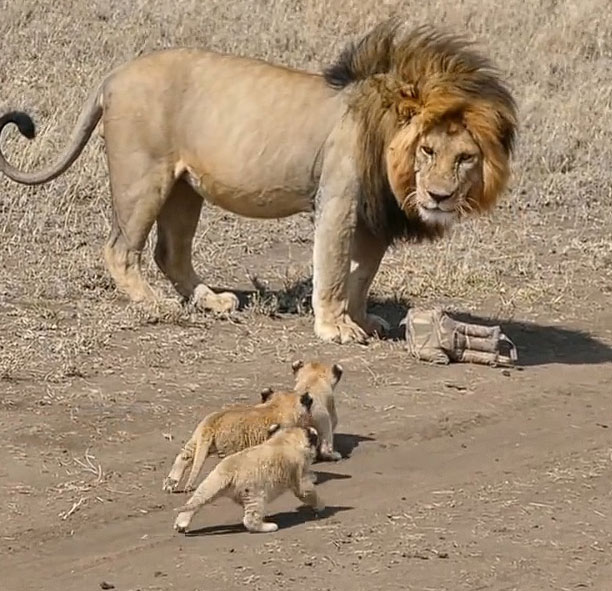 Here is a majestic lion who sent everyone into laughter with his antics. The lion just showed the world that it is not an easy job to be a dad. The way he behaves shows as he is running away from his responsibility. The lion’s dad has four restless cubs to take care and it is not an easy job.

The video just recreates the adorable scene from the famous movie The Lion King where Simba is playing with his dad Musafa and can’t get enough of him. The only difference is that this time there are four Simbas. In the video, the lion’s dad is taking up the responsibility for his little ones. 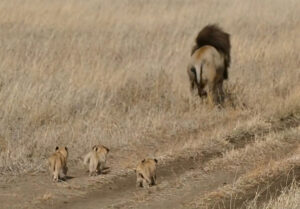 He is hoping that he will watch them from a distance but the cubs are more eager to be close to their dad. The lion’s dad is seen running away and the cubs are running after him. Though it is not a good example of parenting, it is very funny to watch.