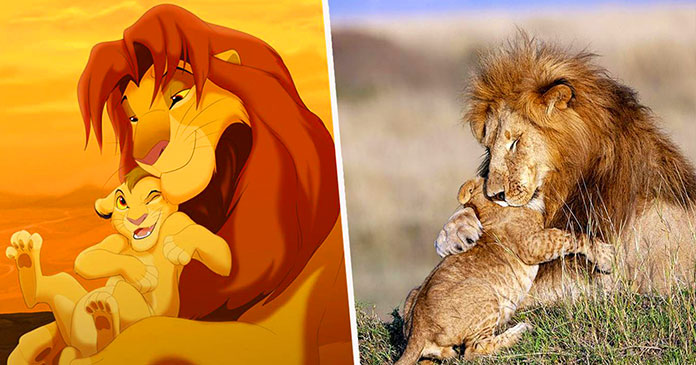 As father’s day is coming, let us give you a treat of animal fathers. When it comes to loving the babies, Fathers are not very far away from the mothers.

They are also known for their love for babies. ‘Lion King’ is undoubtedly one of the most successful movies which show about a father-son relationship. 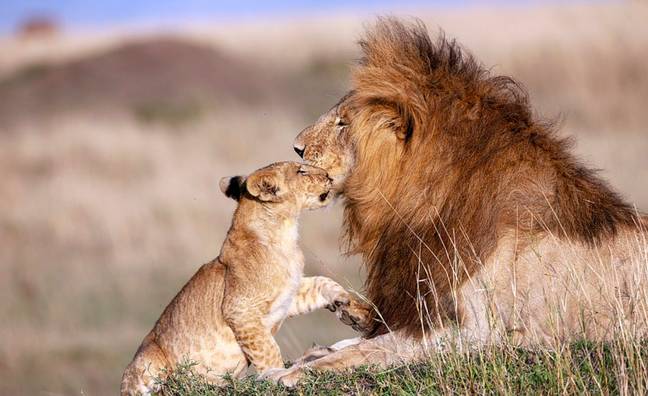 The beautiful moment was captured in the camera by French photographer Sabine Bernert and the video immediately became a hit with animal lovers all over the world.

The 53-year-old photographer was on a visit to this East African country to document the wildlife there and to take photographs for a children’s book. But what he witnessed accidentally was not expected by him. 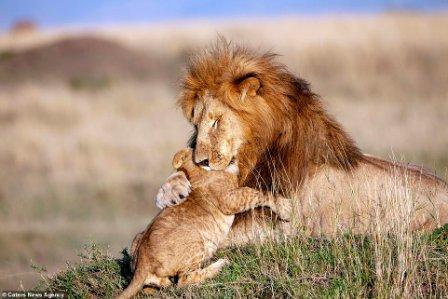 On that particular day, Bernert woke up quite early and came across the father lion who was sitting alone on the Savanna.

The cub came pretending to attack the father lion but his action did not go unnoticed as when the moment the father lion spotted the cub the first he did, was to take the cub in his arms lovingly. 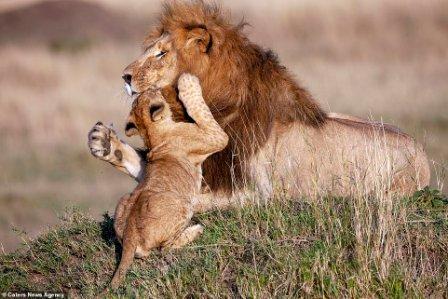 The photographer was really amazed by the way the huge lion was playing so gently with the cubs. It really looked like both of them were enjoying each other’s company and having fun.

How adorable they looked!