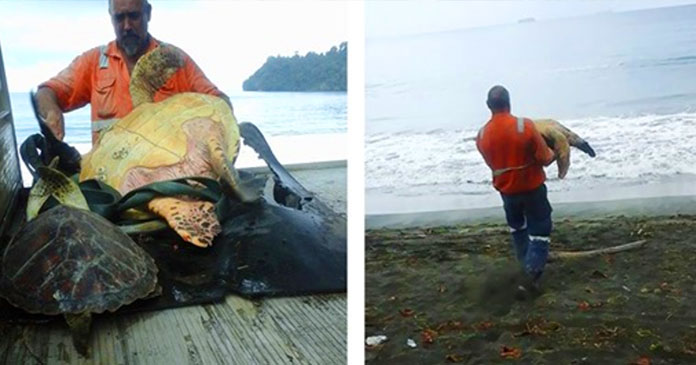 Nothing is more precious in this world than to save a life. Many kind people come forward to save the lives of the animals and they try different ways to do this. They are actually setting a role model so that others can follow them and do the kind act.

Many wild animals are waiting to be rescued. Sometimes they end up in the black market for fur or meat. It is true that we cannot change the world but we can truly show kindness in our community. These small acts of kindness work wonder when many people take hands together. 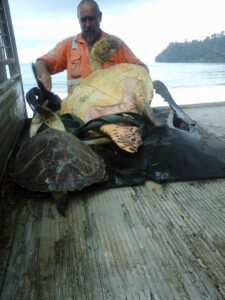 This man named Arron Culling from Greymouth, New Zealand, and his co-worker are doing their bit to bring change in the world.

They actually changed the destiny of two sea turtles in Papua New Guinea. They would have ended as a meal if these two men did not come to help them.

It is sad but the reality that marine turtle fishing is still legal in some parts of the world. In Papua New Guinea, the coastal communities harvest turtles for their meat and shells.

Arron and his friend bought the freedom of two lovely turtles for 40 US dollars. After that, the two men went 5 km up the road and freed the turtles. They were released back to the sea. 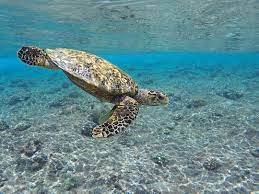 It is not the first time that they helped the turtles. They have so far rescued about 10 turtles. Later Arron shared the photos of his rescue on social media. His photos were liked by millions of people.

The motive behind sharing photos is that he wanted to bring awareness among people about the harsh situation of sea turtles. Many species of turtles are classified as endangered or vulnerable.

Really every wildlife requires our love and concern.