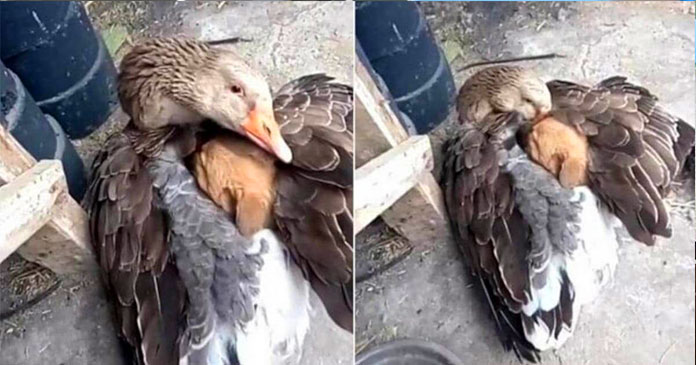 Many people think that animals are not very intelligent and they are not having emotions. Their main focus is their survival, but this isn’t true.

But that is not true, in fact, at times they have proved to be more empathetic than human beings. They seem to understand the pain of others. 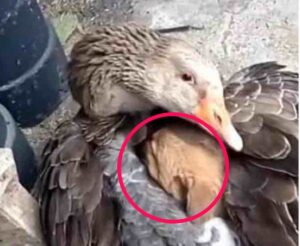 One Facebook post showing a freezing goose trying to keep an abandoned puppy warm has gone viral on social media. This post is liked by many people and has gotten more than 70,000 likes.

The incident is like this, the puppy was left by his mother shortly after his birth on the street and it was found by the kind goose.

The goose showed how compassionate she is by using her wings to protect the puppy from freezing temperatures. The puppy was shivering and the goose gave some of her warmth to the puppy to make him warm.

The goose covered the puppy with her feathers to protect him from freezing and bitter cold. The goose even used her beak to pat the puppy and kept him warm underneath her wings. 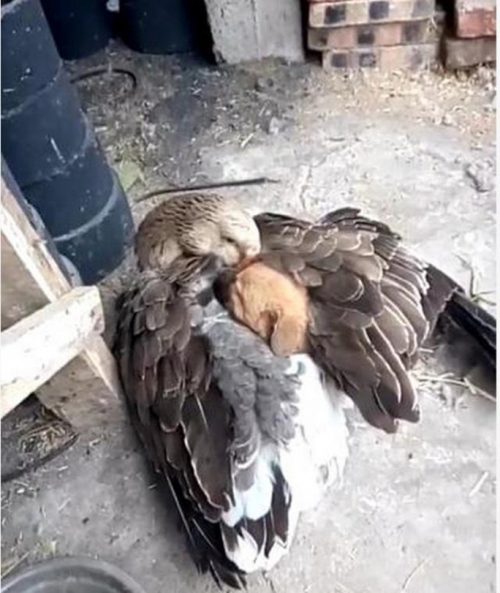 Thank God, a photographer came to their rescue and saved them. The puppy was rescued and he is now safe and healthy thanks to the efforts of the mother goose.

Though it is not a first instant where ducks and dogs are seen sharing an intimate moment. But this incident proved one thing that animals too have emotions and they can understand the problems of others. It is a beautiful thing to remember.