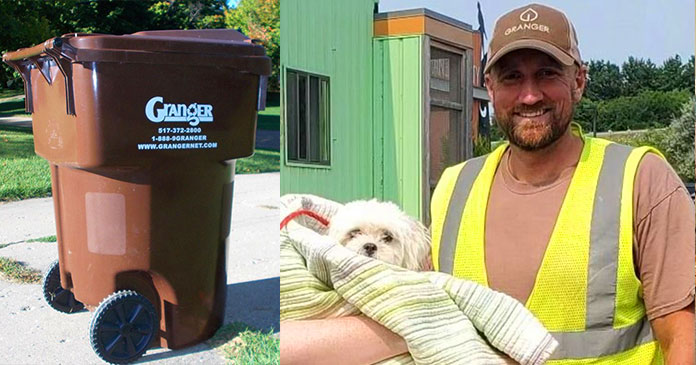 Whoever saves the life of an animal is a hero. Some heroes are garbage truck driver who happens to protect the lives of animals.

It is not an uncommon thing for them to encounter animals in the trash- some are scrounging for food and some are intentionally thrown away. These sanitation workers always go out of their way to help them.

Like this man who saved a dog that was in his truck. It was his keen eye that protected the dog.

The Capital Area Humane Society, in Michigan, informed that an employee from Granger Waste Services was on his route in the early morning of July 19, as he was driving he realized he had someone unexpected in his truck.

He found a little white dog. It was not clear how the dog came there as the route was for commercial grade dumpsters which shows that the dog experienced great difficulty before it was found. 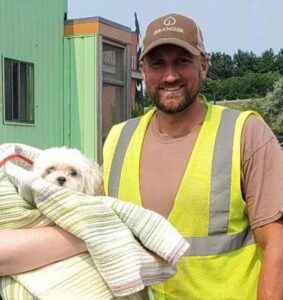 Capital Area Humane Society informed that it was almost unbelievable that the dog tolerated the pain of being transferred from a dumpster into a garbage truck and suffered in the journey and then the unloading process.

The dog would have suffered more, hadn’t the employee seen her. She might have ended in the trash compactor. The dog certainly might have suffered a horrific fate, if it was not seen by that employee.

Luckily the dog is stable now and Ingham County Animal Control is finding out how the dog ended up there. The Capital Area Humane Society says that the dog will not be put up for adoption and will remain in protective custody.

Still, many questions are unanswered as to how the dog ended there. But one thing is sure that the truck driver is a true hero. This garbage truck driver fully deserves our praise for finding the poor dog and saving its life. We hope that the dog soon finds a comfortable house.