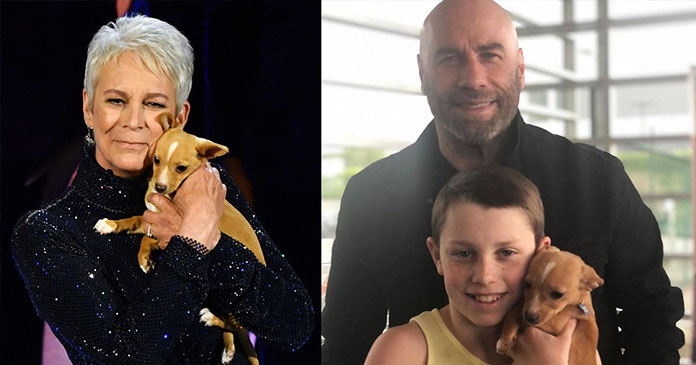 There were many memorable moments that highlighted this year’s Oscars. But one special guest made it very special for the animal lovers. It was a dog named Mac-n-Cheese, who became part of a special tribute to the Late Betty White.

The dog was held by Jamie Lee Curtis while she remembered Betty White. The dog Mac-n-Cheese found a home with a great actor.

The dog was a part of the Oscar’s annual “in memorial” segment in which those actors who passed away in the past year were honored. There were a few big names who got special tributes like Sidney Poitier, Ivan Reitman, and Betty White.

Betty White passed away on December 31 at the age of 99 and she was known for her memorable roles on shows like The Mary Tyler Moore Show and The Golden Girls.

Apart from her acting career, she was a devoted advocate for animals who always voiced her concern for animals. She always wanted to be remembered most for her animal work.

In her tribute, Jamie said that she was not only a Golden Girl, she was a legend who brightened every room she walked in and brought a smile to the faces of all who watched her on the screen. She not only cared for her two-legged friends but for animals also.

Jamie further encouraged the people to adopt a rescue pet. Mac-n-Cheese delighted everyone and made a great impact on one big actor.

John Travolta was present at the Oscars and he met his friend and co-star in the 1985 film Perfect. At that time, he even got the time to spend with Mac-n-Cheese. Travolta was completely smitten by the dog and later he adopted the dog.

He shared a photo showing his son Ben holding Mac-n-Cheese and announcing the adoption. John wrote that Ben adopted the dog from last night’s Oscar tribute to Betty White.

We are really happy that the dog got such a sweet home with one of Hollywood’s most famous stars.