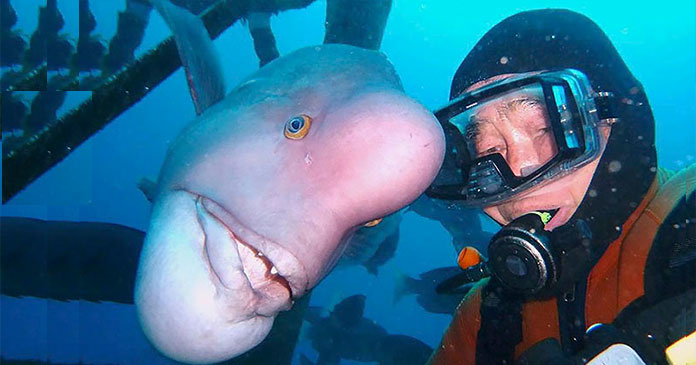 It is a usual thing to see that people bond with their pups or cats or farm animals but some extremely friendships also exist. Here is an unusual friendship between a diver and a fish. They have this special connection for over 25 years.

It started many years ago when the Japanese diver Hiroyuki Arakawa was given the duty to supervise a ‘ torii’-a a sacred shrine to the Shinto religion. It is located beneath the surface of Tateyama Bay in Japan. Due to its spiritual importance, Hiroyuki had to dive frequently in order to check the site’s condition. 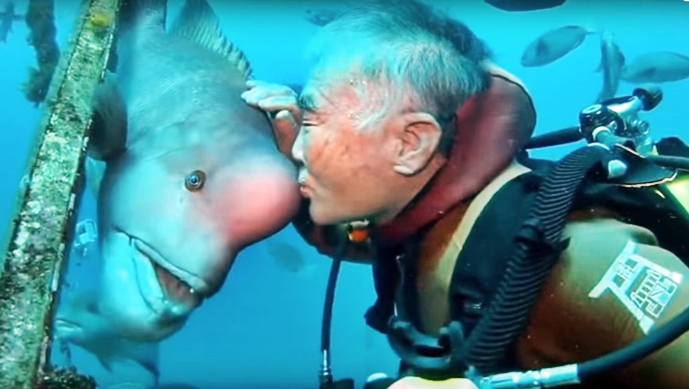 As he was doing this on a regular basis, the man ended up knowing many Marine creatures. He became very close to a wrasse fish whom he named Yoriko and they shared a lovely friendship. Every time they meet, the man greets the fishie with a kiss

Hiroyuki and Yoriko are getting along very well. Though it may seem bizarre, yet even science has an explanation for this. Fishes could actually recognize human faces and that is the reason that they have such a lovely friendship.

Scientists have done many experiments in order to prove that fishes can identify two different faces. Like, one of the experiments in which they presented the fish with two images of human faces and trained them to choose one by spitting a jet at that pictures. 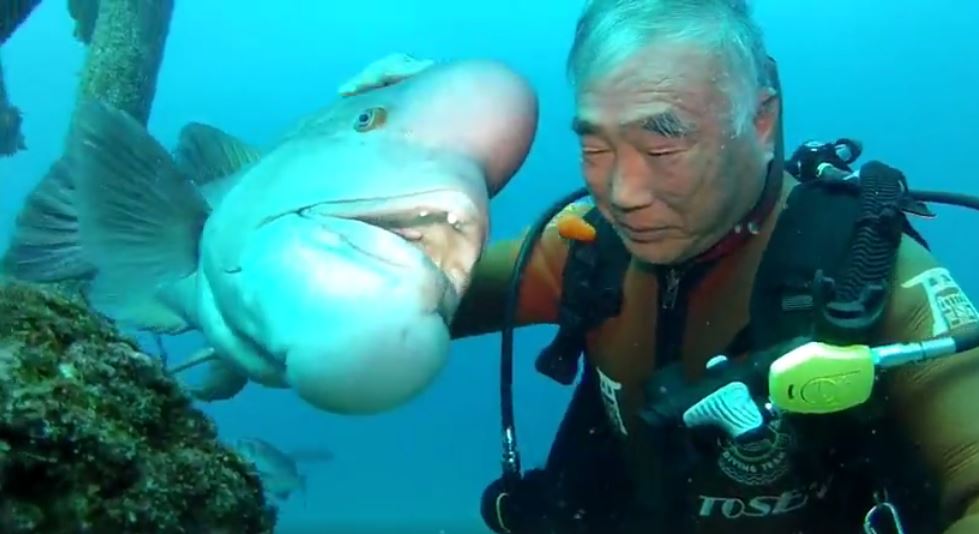 They even made things a little harder by making those pictures black and white but fishes were able to pick the familiar face with a 86% accuracy.

So we can actually say that there is this affection between the fish and the diver. It actually melts our heart to know about this kind of unusual friendship. Over the decades, their friendship only grew stronger, and this is something all of us can learn