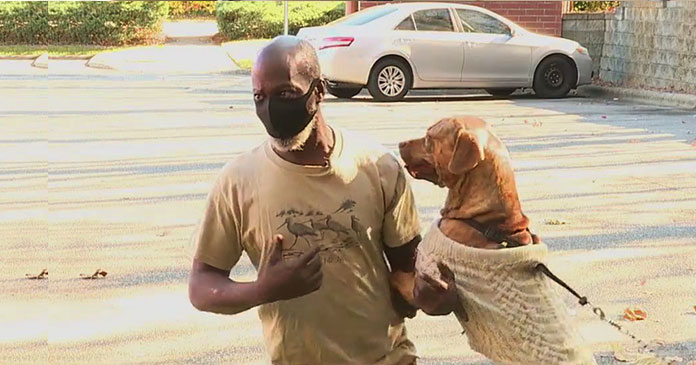 For some people, their pet is their world. They are ready to go to any extend for the sake of their pet. They overlook even the basic necessities and chooses their pets over it.

Here is a man named Donald Dickerson for whom his dog is everything. For the sake of his dog, he is ready to give up almost everything. Dickerson feels that every day the dog looked at him and get the feeling that he is loved. He named the dog Duude and they had a very close connection.

Their relationship became very strong over the past few months as they became homeless. Now both of them are spending their time at a campsite in a Greensboro, North Carolina.

Though the man got an option to have a roof over his head, yet he gave up it as they wanted him to give up Duude. He did not want to leave his dog for anything.

Not only Dickerson is homeless but he also suffers from some health problems. He is having a swollen knee and that he has troubled him a lot. He said that it was painful and he had to walk on the hill everyday. 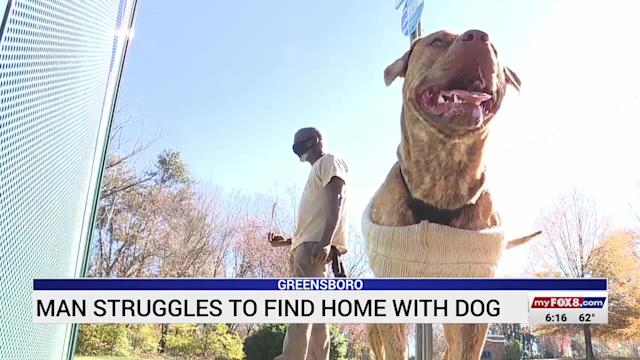 Dickerson needs now is a partial knee replacement surgery and even the doctors informed him that they could not perform a surgery on him as he is homeless. The doctors postponed the surgery saying that he had to find a place to live because someone has to come out and take care of him after the surgery.

So far Dickerson is not able to find a place that will adjust both him and his dog Duude. But that thing has not held him back from trying harder. He further said that if having a surgery means saying goodbye to his dog, he is ready to go without surgery.

One person named Lane Miller is extremely influenced by what Dickerson is doing. According to Miller, Dickerson is a very special individual who is doing this much for his dog.

Miller had a very special friendship with Dickerson and she reached out to various organizations and agencies to help the dog. She further said that she was upset to know that he did not have a  place to go.

Now there is hope as the Volunteer Center of the Triad is currently working with other agencies. They are trying to find a place for Dickerson and Duude.

Really such types of human beings are rare to find. We salute this man for his dedication.