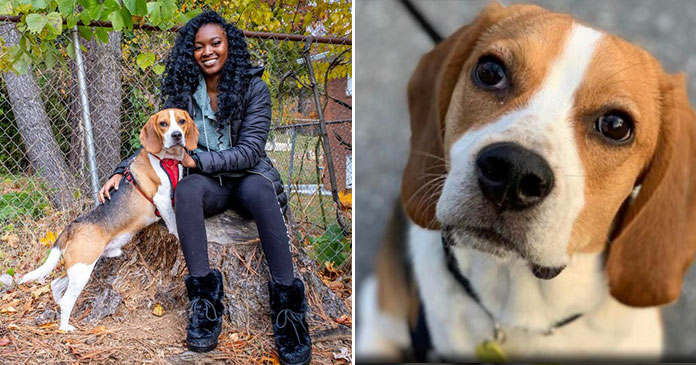 Not all heroes wear capes. Some of these heroes are very unlikely but they deserve the praise. There are many stories that tell us how the dogs helped the people in need.

Recently one dog stepped up to become a hero. He saved an elderly woman after a fall and now he is honored for his heroism.

The dog named Milo was a former shelter dog and was adopted by his new owner Makayla Swift. The dog is living in his new home in Silver Spring, Maryland and he is very happy now. Milo is really a very sweet dog and he loves people and he is very cute and sweet, according to Lavelette White who is Makayla’s grandmother. 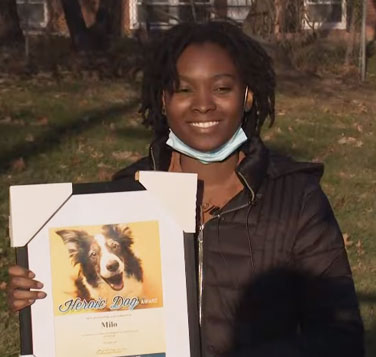 But he proved that he is really very good dog when he came to the rescue of an elderly neighbor. The incident went like this, one day Makayla took her dog, out for a walk when he ran across the street. Makayla was unable to catch him.

He started scratching the front door of the house of their neighbor, Sherry Starr. At first, Makayla was confused why the dog was trying to break into her house but when she went near, she heard her neighbor yelling for help. The 85-year-old Sherry was in need of help as she had fallen in the morning after hearing the doorbell ring. 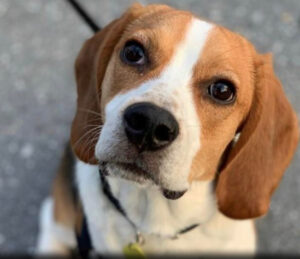 She fell in the bathroom and was stuck on the floor between her toilet and bathtub. Sherry recalled that she was standing between the tub and the toilet and suddenly she slipped.

She said that she was thinking she was going to die there. Fortunately, the smart dog heard her cries and alerted Makayla and she called 911.

Soon the paramedics arrived for help and they dislodged the senior woman from the floor. The dog was honored for his heroic act by the animal rights organization PETA.

He was given ‘Heroic Dog Award for his life-saving quick thinking. Way to go Milo! He is really a brilliant dog who saved the life of his neighbor.