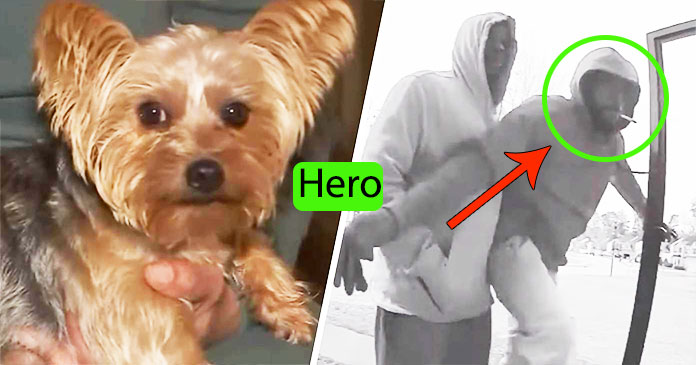 Our dogs are our best friends. We share a special bond with them. Sometimes dogs behave like our guardian angel saving our life. One such incident happened in South Fulton, Georgia where a two-year-old Yorkie had taken a bullet to a front and a rear leg to save the little girl.

According to the reports, two men showed up at a house, planning a home invasion. One of them had a gun. The robbers were filmed breaking into the house by a smart bell and they ran away after being confronted by a dog. Aunt Dion Ewing said that her niece was alone at home when the incident happened.

Dion told that her niece got an alert on the phone that someone was coming to the house. She then saw two hooded men forcing themselves into the house. The other partner started hitting the door and the door opened.

What the intruders were not expecting was the small dog who was going to give them a nightmare. Starla went straight towards them. In the process, she sustained two gunshot wounds. But this distraction of the pooch was enough to give Dion’s niece time to escape through the garage.

Dion said that as her niece was running out, the one who had the gun asked the other one if they wanted them to shoot her. So they ran after her while the dog chased them even after he was shot.

The robbers escaped after the intervention of the dog. Starla is now under the care and she received the treatment for the shots, she received on her front and back leg. She is now making recovery. We salute Starla for her bravery.